OPEN LETTER IN SUPPORT OF GRADA KILOMBA – Paris-LA
Back 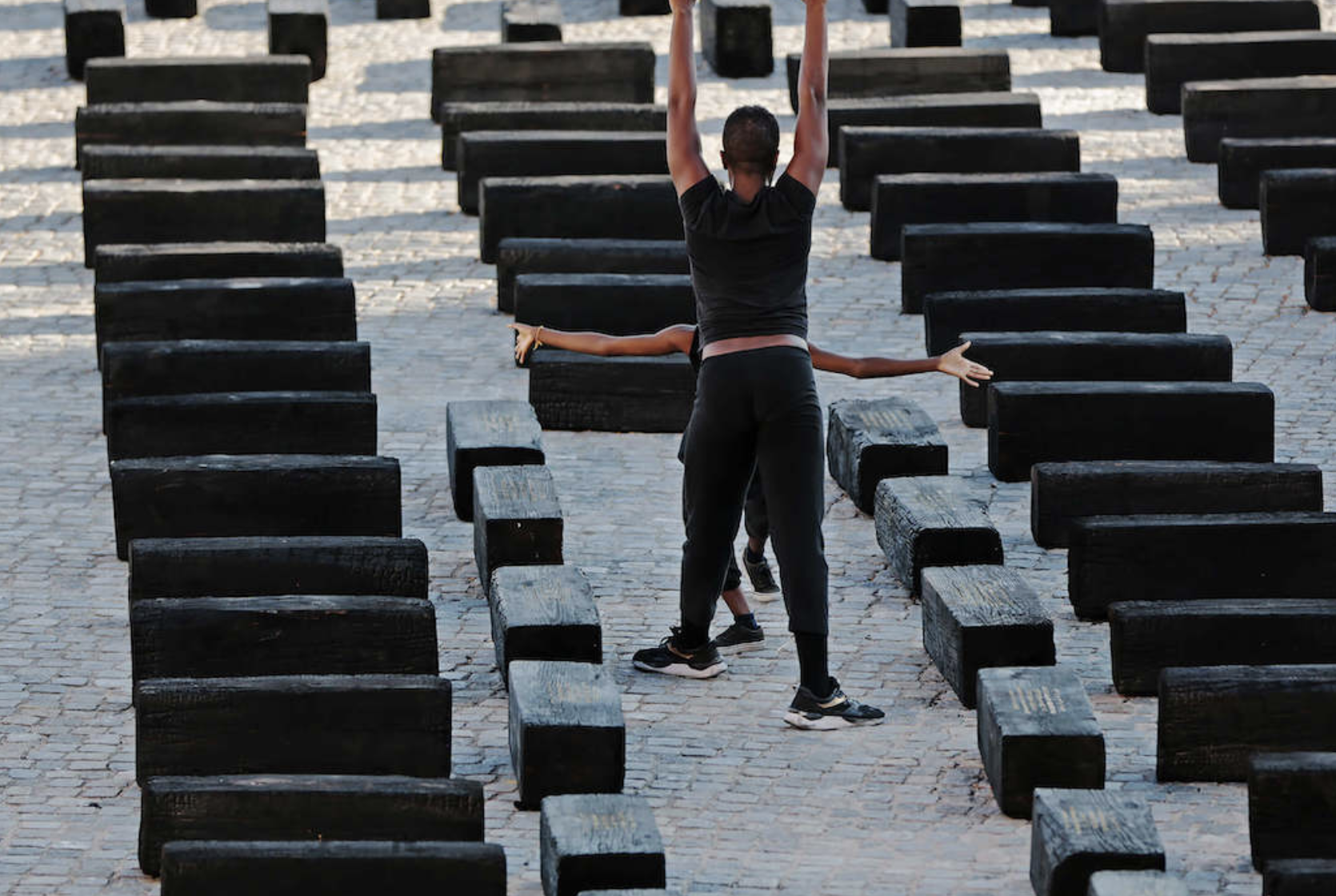 On December 7th 2021 the curator Bruno Leitão shared an open letter online, exposing how the decision-making process of the panel selecting Portugal’s representation in the 2022 Venice Biennale—which was acting on behalf of Direção Geral das Artes—was marked by inconsistencies and serious irregularities. Such discrepancies were apparent in both their own evaluation processes and in the explicit violations of legally defined “jury duties.”

This letter was widely publicized via international press coverage; it revealed that the project A Ferida/The Wound, by artist Grada Kilomba (one of the potential candidates to represent Portugal at the Venice Biennale 2022), failed to be selected due to what we deem to be very problematic arguments made by one of the jurors, Nuno Crespo. Crespo is an art critic at Público newspaper and Dean of the School of Arts at the Portuguese Catholic University, Porto.

In the open letter, Leitão made public that this juror—as part of the all-white jury—attributed an incomprehensible score to Kilomba, giving her classifications of ten, ten and fifteen points (on a scale of zero to twenty). This is blatantly inconsistent with the scoring of the other members of the jury who attributed scores of nineteen, twenty and twenty. Crespo awarded the lowest score of any of the four proposals presented, and so lowered the candidate’s average score. For the first time in its history two Black Portuguese women were candidates for the Pavilion (Kilomba and Mónica de Miranda, represented by the curator Paula Nascimento), yet the jury still selected a white representative.

This evaluation system is susceptible to misuse in that it allows one single juror, in indiscriminately lowering a candidate’s score, to decide who wins and who loses, overruling the will of the other jurors. The jarring discrepancy between the scores awarded made Kilomba’s selection impossible: even if awarded maximum scores by all other jurors (i.e. weightings of nineteen and twenty) in a consistent manner, it would not override the extremely poor scores that lowered her average considerably.

As such, one single juror had the power to override the preferences of the other three jurors. Most concerning, Crespo’s voting pattern seems to suggest the intention to invalidate this candidacy in a premeditated way. The juror’s written statement offered alarming and problematic arguments to justify his scores, such as:

“[The] idea of racism as an open wound has already been the subject of countless other approaches; the proposal presented does not let you understand how in an exhibition you can review, criticize or prolong this idea, already discussed and even exhibited in multiple ways […].”

The proposal made by Kilomba and Leitão was complex and visionary, yet it is here reduced to only one word: “racism.” This is a flattening perspective that reduces artists from the African diaspora to a single theme, obviating the intersectionality of diaspora artistic voices. The work The Wound explores “three ongoing crises” through a performance opera displayed in an immersive video installation: the human rights crisis, the climate crisis, and the increasing militarization of human relations. The argument that the problems of racism and colonial legacies have already been debated too much, and that it is not pertinent to continue talking about these issues, is deeply problematic and reveals a racist conviction on the part of this juror.

Crespo has unscrupulously abused his power within this panel, and is in effect silencing an urgent debate in Portuguese society; the discussion of our postcolonial condition is necessary, urgent and long-due, especially when led by racialized people. Furthermore, such discourse has only recently entered the public sphere of Portugal, and is therefore still only in its early stages.

It must be remembered that the so-called “discoveries” are 500 years old, that slavery lasted hundreds of years, and that Portuguese colonialism as a political system ended little more than 40 years ago. All this has never been adequately named, addressed, and discussed in Portugal. The Lusotropicalist narrative converted into hegemonic ideology continues to prevent a serious debate about structural and institutional racism, making it impossible to effectively combat these phenomena in Portugal. To enable serious debate it is necessary to change the terms of this conversation, abandoning the limited concept of racism that the Portuguese media widely instrumentalizes. Racism has to be understood as a structural issue, or a geopolitical structure that benefits non-racialized groups in all instances of life (for example, in access to housing, education, health, access to work, institutional access and symbolic valorization, protection against premature death and state-sanctioned violence, etc). This struggle, therefore, is not restricted to a discussion concerning individual prejudices or to one single jury member, as some insist.

The presence of Kilomba’s work in Portuguese public space contradicts the still very present discourse that there is no racism in Portugal, that Portuguese colonialism was benign; it also calls into question the naturalization of everyday racism. The narrative that racism and colonial legacies are talked about too much is typical of the conservative sectors of society that want to maintain the status quo—the argument of “saturation” conceals the fact that not a lot has changed for communities affected by the violence produced by such legacies. It is no argument to discount this discourse: works of art discussing other phenomena of oppression such as, for example, the Nazi Holocaust, which have been produced since 1945, are still considered to be relevant and necessary material for reflection and learning, as well they should.

The juror is careful to distinguish the technical team submitting the artist’s application, saying, “[…] even if the technical and artistic team is competent, the artistic merit of the artist Grada Kilomba […] is not satisfactory.” Crespo’s racist and misogynist prejudices become evident in this unjustified statement. To say that Kilomba’s artistic merit is unsatisfactory would be laughable in any other context, but within the scenario in question is untenable. We are talking about the internationally acclaimed, widely-praised practice of one of the most celebrated and recognized artists of the contemporary art world. It is true that the juror has the right to consider that the artist has no artistic merit, but in that case, he has to justify his statement; he must critically justify his vote in order to ensure that it is through his knowledge of art that he considers this proposal insufficient. The mere statement of opinion is not satisfactory.

Crespo further states that “Grada Kilomba is a brilliant writer and thinker, and her skills in terms of the famous ‘oral narrative’ are undeniable, however, as an exhibition proposal, the project presented does not have the artistic scope that, in my opinion, the official representation must have […].”

The intellectual abilities of Kilomba, author of the book Plantation Memories: Episodes of Everyday Racism, are indeed undeniable. Originally published in English in 2008 and then in multiple translations, her talent was evident even prior to the book’s publishing in Portugal, which only occurred in 2019 (Orfeu Negro). The decade-plus delay in the Portuguese publication of a work considered fundamental by a large part of contemporary academia is symptomatic of the contempt to which decolonial discussion has been consigned in our country. We mention this work because it must be the one to which Crespo refers when he writes “famous ‘oral narrative’.” What does the juror mean by this? Why does he put oral narrative in quotes? Why does he restrict Kilomba’s thought to “the terms of the famous oral narrative”? It is apparent the juror wishes to circumscribe this intellectuality to a field of knowledge in which he does not recognize value. The juror wishes to discredit the artist, covering his contempt with the artifice of false praise.

Crespo’s ignorance doesn’t stop there, for he claims that Kilomba’s work “[…] is not committed to the dynamization and internationalization of the Portuguese artistic and cultural ‘scene’.” A brief Google search would have saved the juror the shame of revealing such ignorance on a subject in which he claims to be an expert and in a situation where he is asked for his expertise. Kilomba is an international Portuguese contemporary artist, and thus indelibly a part of the internationalization of the Portuguese art scene. If the numerous exhibitions of the artist’s work in prestigious institutions around the world were not enough, the article that the New York Times dedicated to her on October 12, 2021, “Grada Kilomba’s Rituals of Resistance,” would be clear confirmation.

It is important to emphasize, once again, that colonialism is not something that has remained in the past: it manifests itself in the form of coloniality. This is a process whereby structures created during colonialism (economic, mental, social, and so on) continue to make themselves felt in the way our societies differentially distribute benefits and burdens: for example, in the manifest racial division between those whom the law protects but does not bind and those whom the law binds but does not protect. Thus, when we speak of structural, institutional, and everyday racism, we speak of a system societally constructed over time that places white people at the top of a social pyramid, with both material and immaterial benefits. In the latter sense, the dynamic at work is symbolic valorization: people from the African Diaspora, like Grada Kilomba, are not socially perceived as great intellectuals and great artists at the nationally representative level.

Examples of such discrimination are multiple in the Portuguese cultural sector. To cite but a few instances: sociologist and artist Rodrigo Saturnino’s exclusion from the online debate Graphic Activism–The Territory of Publishing as a Space for Affirming Identity(ies), held within the scope of the Graphic Fair, for questioning the lack of Black representation in a given artistic creation (in an episode that was recognized as illegal discrimination by Lisbon City Council); choreographer and teacher Vânia Gala’s disqualified application to a teaching post at an institution of the State of Portuguese Higher Education, due to it “being a module for Portuguese choreographers.” Similar discriminatory practices are at work in the Portuguese academy, in which the research and scientific production of certain academics—some of whom even working as professors, such as professor and essayist Inocência Mata—are deprived of recognition in their field due to a persistent colonial view of that which is Portugal, its reified identity, and its cultural production. The list of such examples of discounted work could go on, and is limited here only for brevity.

All of this is to say that racism and misogyny is impregnated in the decisions that individuals make on a daily basis, confirming institutional systems, structures, and therefore policies.

We demand that in all coming evaluation committees to select national representatives jurors be included that represent the multiracial diversity of the Portuguese population.

We want to declare our unconditional solidarity with the artist Grada Kilomba, who has been eliminated so far in the still ongoing process of representing Portugal at the Venice Biennale 2022, through a crude, ignorant, misogynistic and racist evaluation of her work and of the artist herself, enabled by a governmental agency incapable of recognizing and preventing misconduct.

We support the hierarchical appeal submitted by the curator Bruno Leitão and demand a review of the evaluation of this contest that is fair, reasoned and transparent. 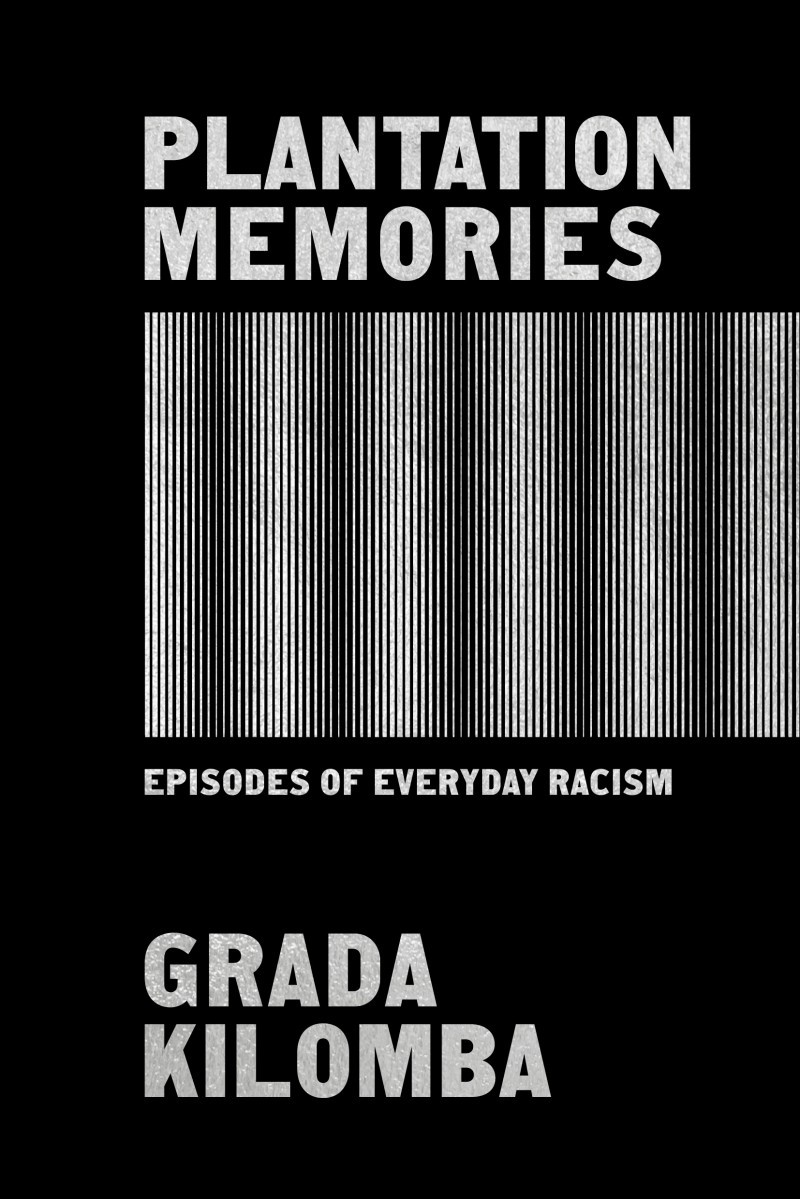 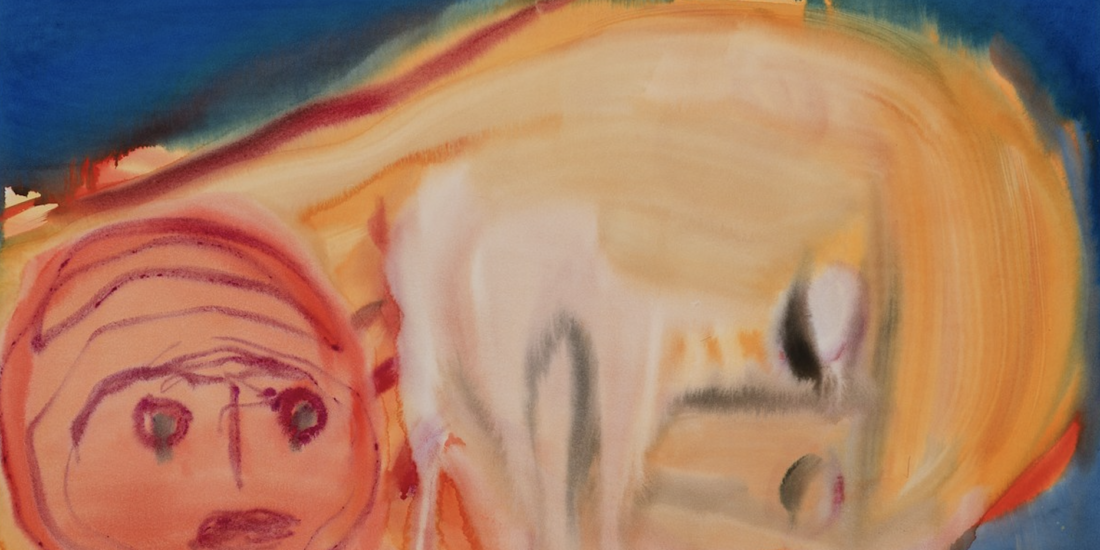 At the 59th Venice Biennale, Miriam Cahn’s installation of paintings and drawings is on view through the