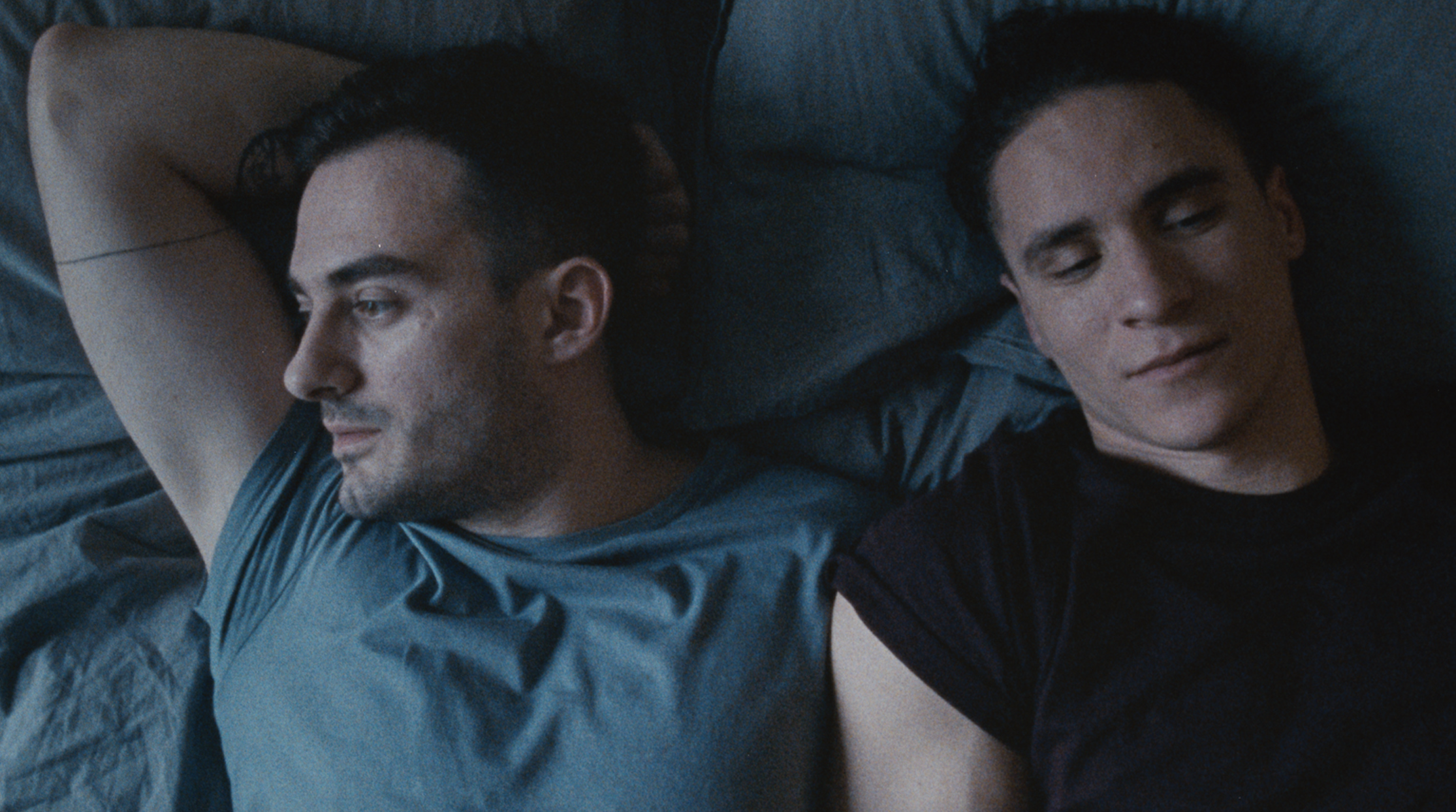 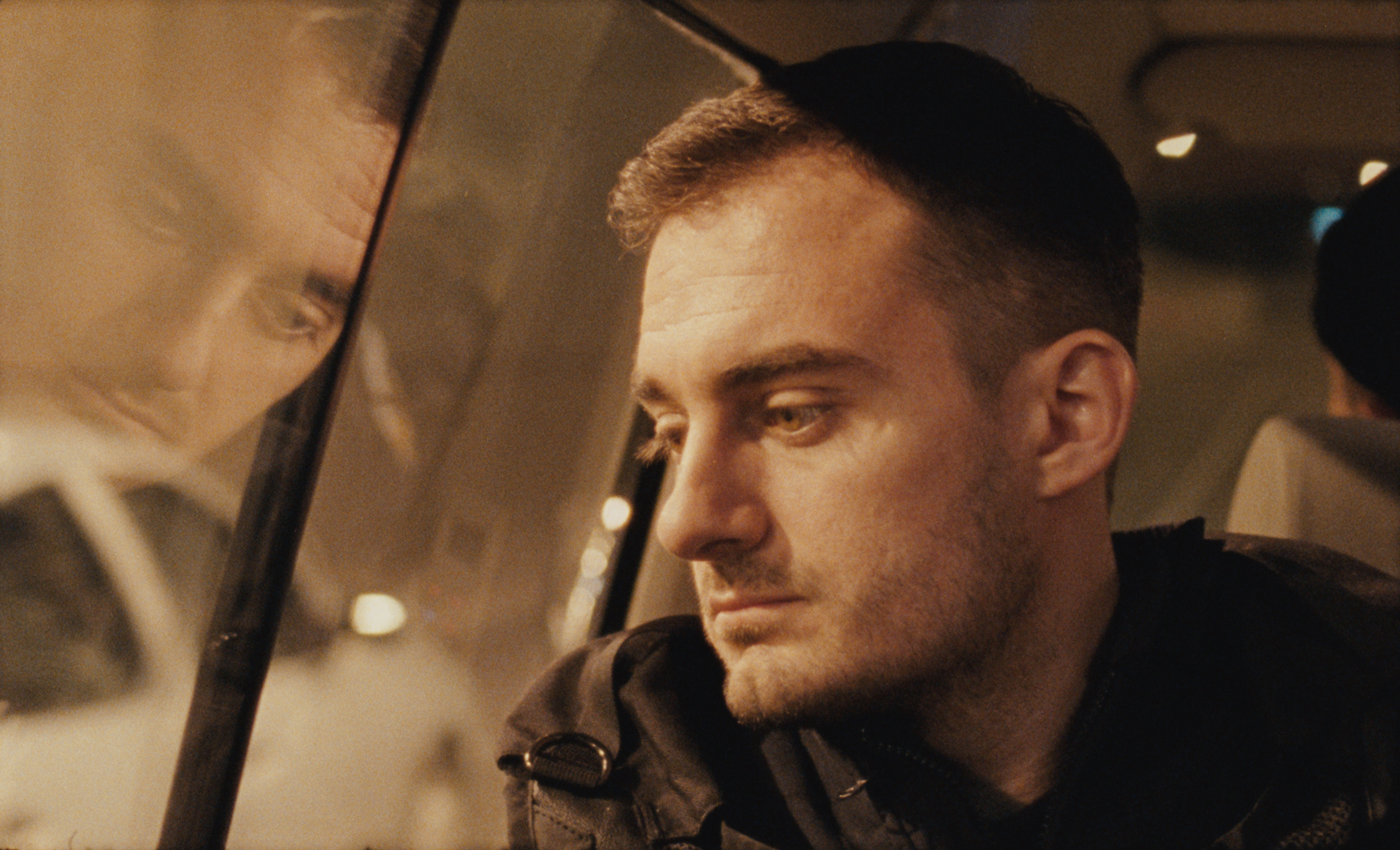 The wish to make this film came as a natural expansion of my artistic interests and needs. It emerged from the necessity to give voice to vulnerable individuals and put under scrutiny the way in which society tends to vilify the idea of being different. It is exactly for this reason that I wanted this film to draw its inspiration from contemporary Romania. — Eugen Jebeleanu

POPPY FIELD is a policier that examines the temperament and stability of its own protagonist (Cristi, played by Conrad Mericoffer), a young, deeply closeted officer on the Bucharest force. Greeting his long-distance lover—Radouan Leflahi as Hadi, a flight attendant in town for the weekend—Cristi is nervous until he can get Hadi back home, and even there he his upset by his sister’s suggestion that he and Hadi get out and see the countryside.

Such is Cristi’s mood when he starts his next shift. His unit has been called to a cinema to investigate a far-right cadre protesting the screening of a queer film. Inured but still vulnerable to the homophobic toxicity saturating his culture, Cristi looses his cool when approached by one of the audience members, revealed as a former trick.

Moving from Cristi’s apartment to the theater to a brief post-demonstration coda, the tight direction, real-time exploration, and lived-in performances of POPPY FIELD—written by Ioana Moraru and directed by Eugen Jebeleanu—narrate an emotive picture of oppression, catharsis, and possible redemption. We are left with the hope that Cristi might find some ease within himself. Or at least some room to maneuver beneath the mask. 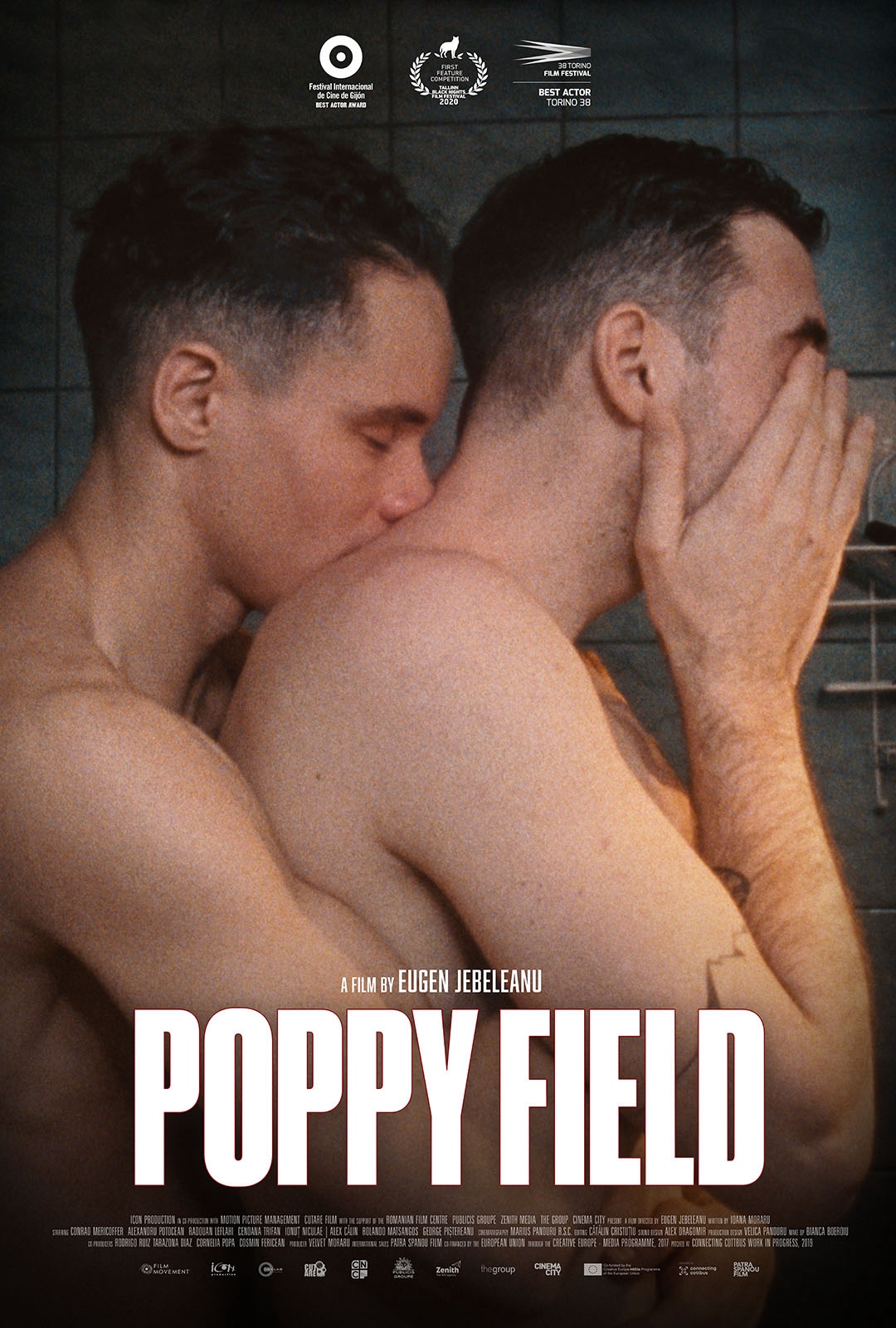 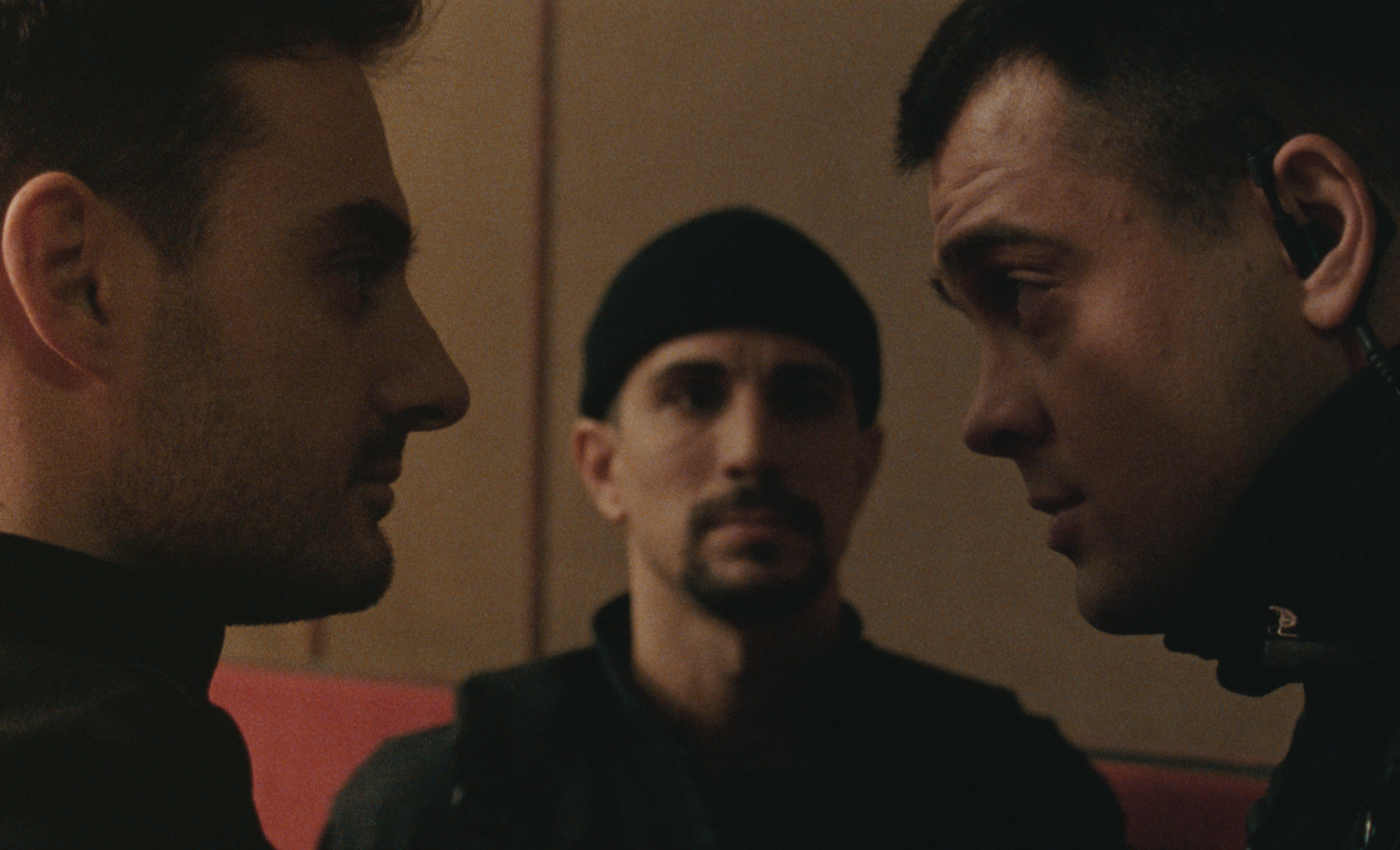 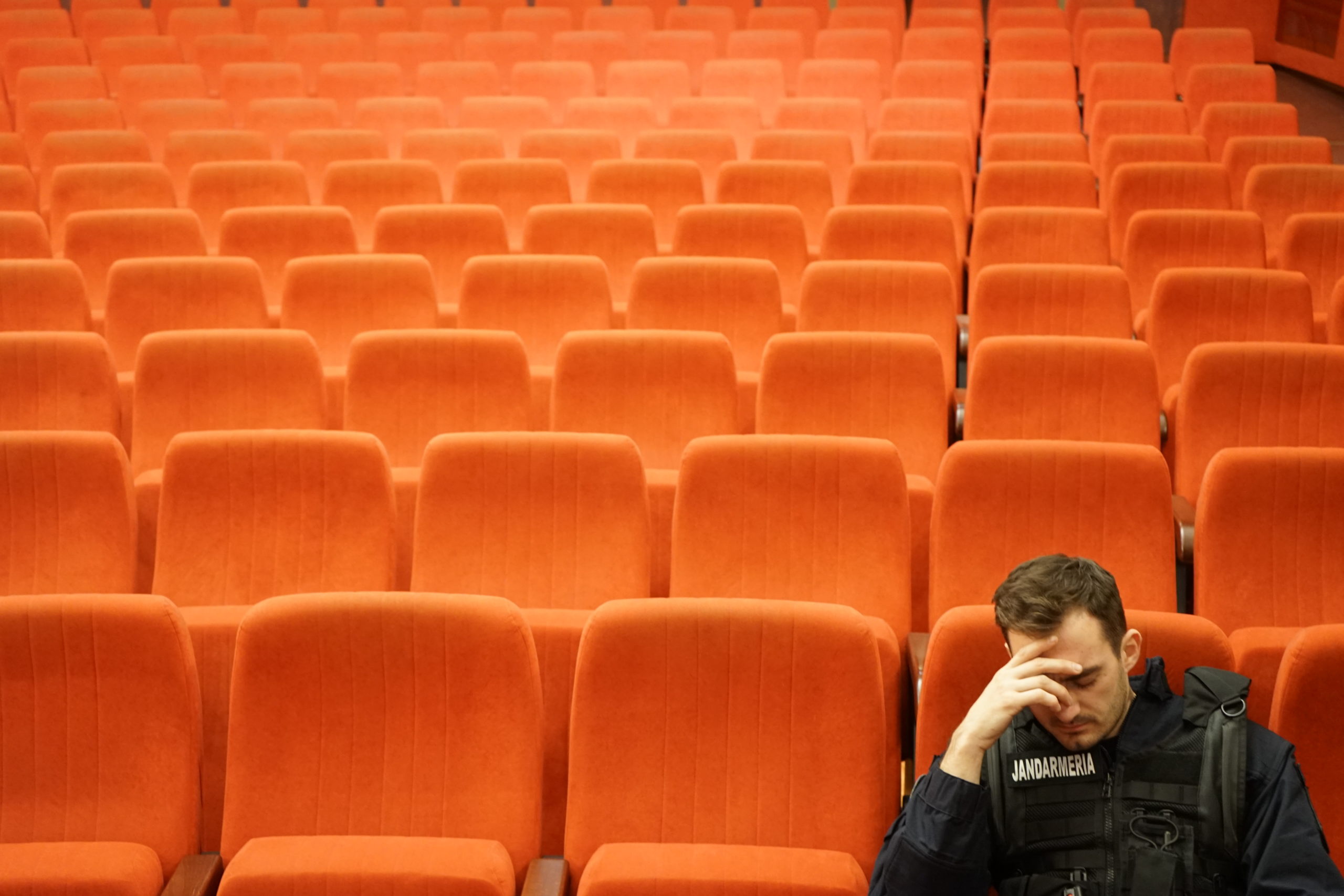