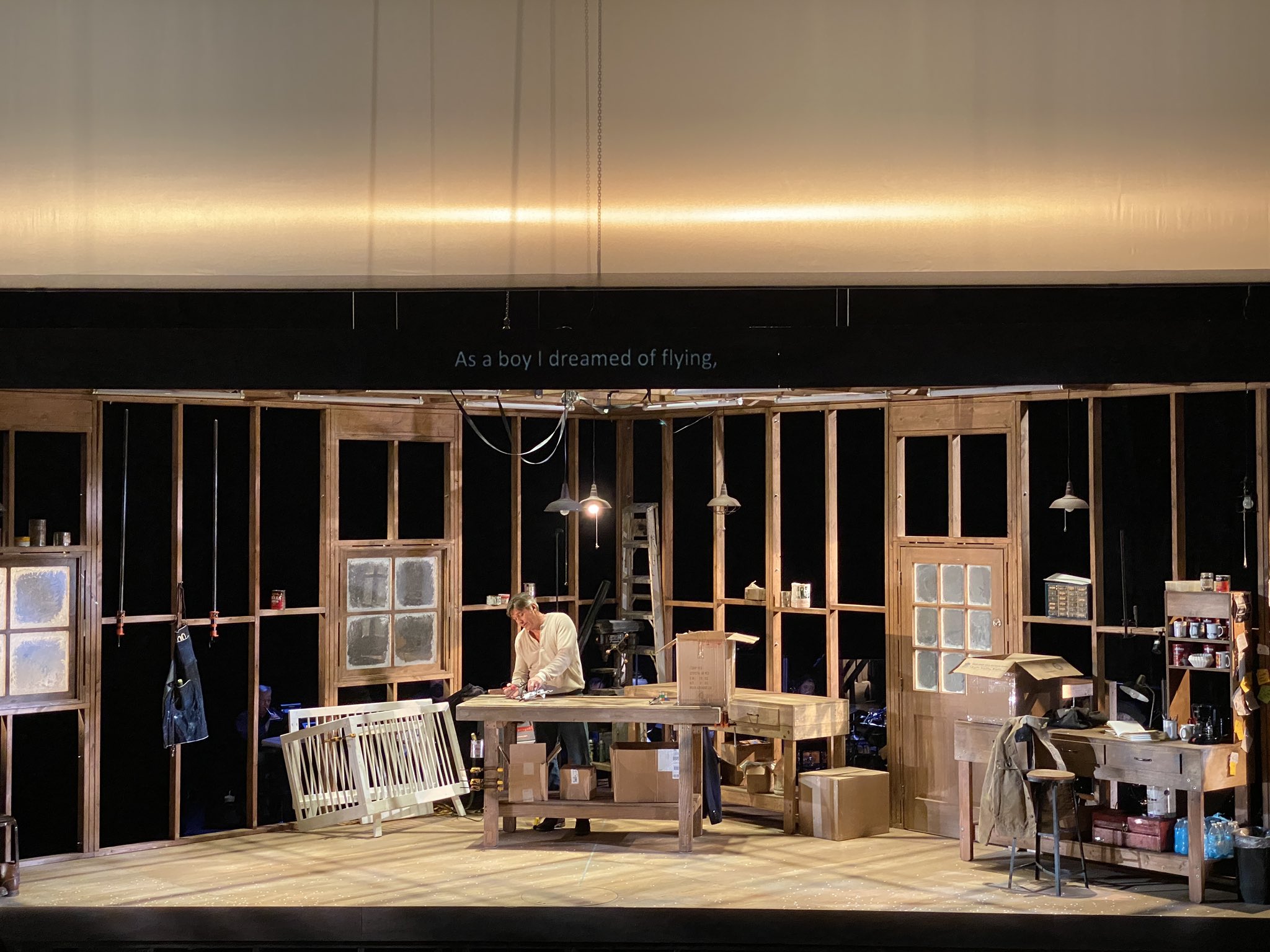 DU YUN AND MICHAEL JOSEPH MCQUILKEN — IN OUR DAUGHTER’S EYES 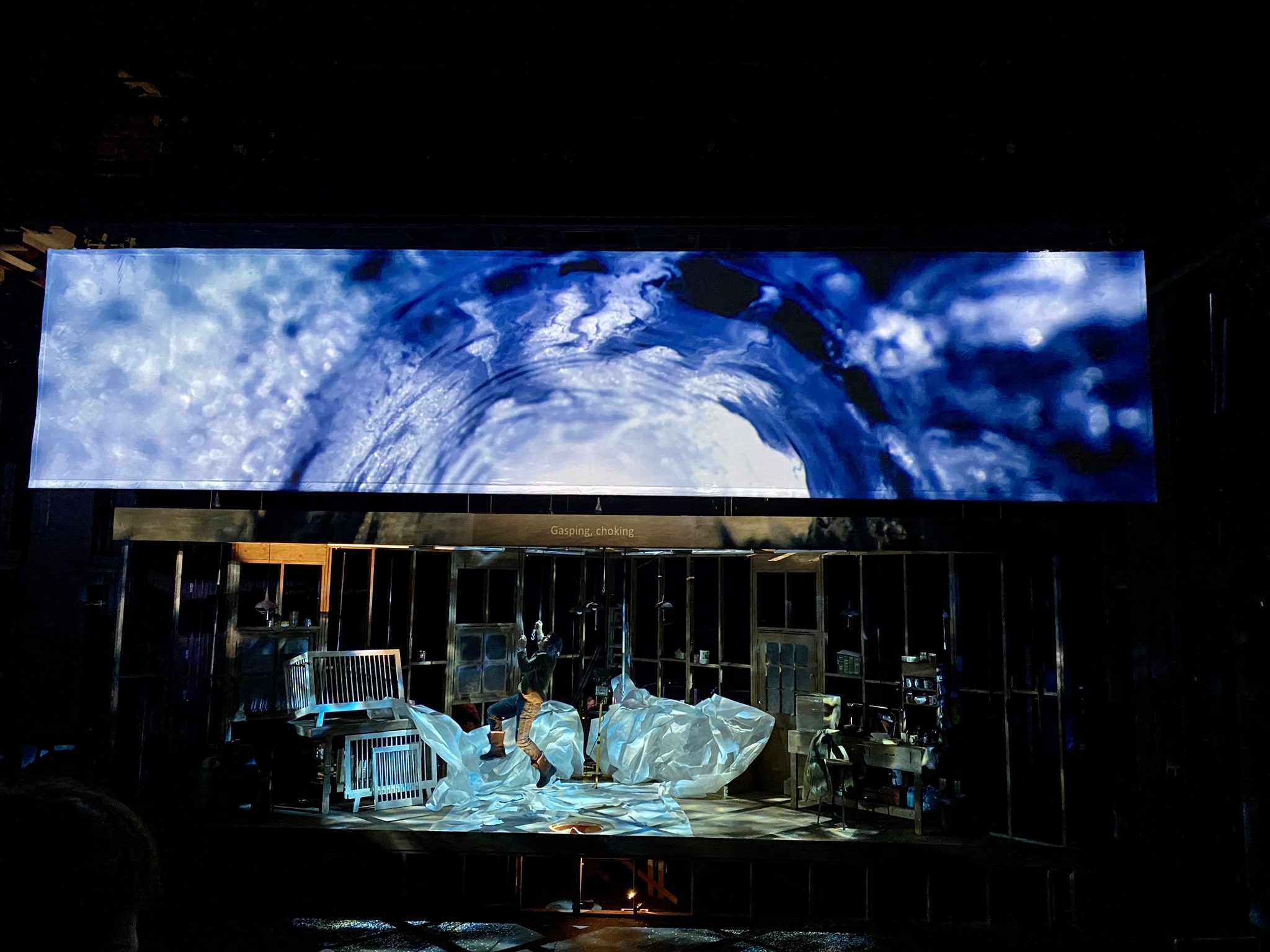 We want your eyes to see the world.

IN OUR DAUGHTER’S EYES—a new opera composed by Du Yun with a libretto by Michael Joseph McQuilken—states its intentions from the start: “I have decided to become the protector of your story… of who we were before you.” Moving restlessly about his garage, an indicative father in jeans and work shirt (Nathan Gunn, baritone soloist) sings to his unborn baby. As he looks for the tools to assemble a crib, a question silently spreads through the audience: Why won’t his daughter be able to protect her own story?

Inside REDCAT’s intimate black box theater, we are living an “all time is now” moment. In a mixture of moods and tenses, the father sings of dreams, past and future. Projection gives way to confession and “to be” turns to “was.” We see a husband embark on a “seven-store excursion” to satisfy his pregnant wife’s food cravings. We hear stories of destructive intemperance. Patriarchal imperatives—”I will become a man worthy of my family”—somehow become expressions of doubt and powerlessness. Tragedy will not be averted. But with an imaginative act of generosity, redemption may be at hand.

Du Yun’s haunting score—an embodiment of the relentlessly circular structure of the 75-minute piece—traces with unnerving power the pulses of anguish and hope coursing through Gunn’s solo performance, which is shaded by the singer’s own recovery from alcoholism. Aspects of Du Yun and McQuilken’s autobiographies are also incorporated in the work. As the composer has stated, IN OUR DAUGHTER’S EYES is not a narrative about “manhood” as such but rather a personal story about the potential of role models, with all their flaws, unattached to gender or politics.

This world premiere LA Opera Off Grand engagement—conducted by Kamna Gupta and produced by Beth Morrison Projects—will be in Los Angeles through the weekend. See link below for details. 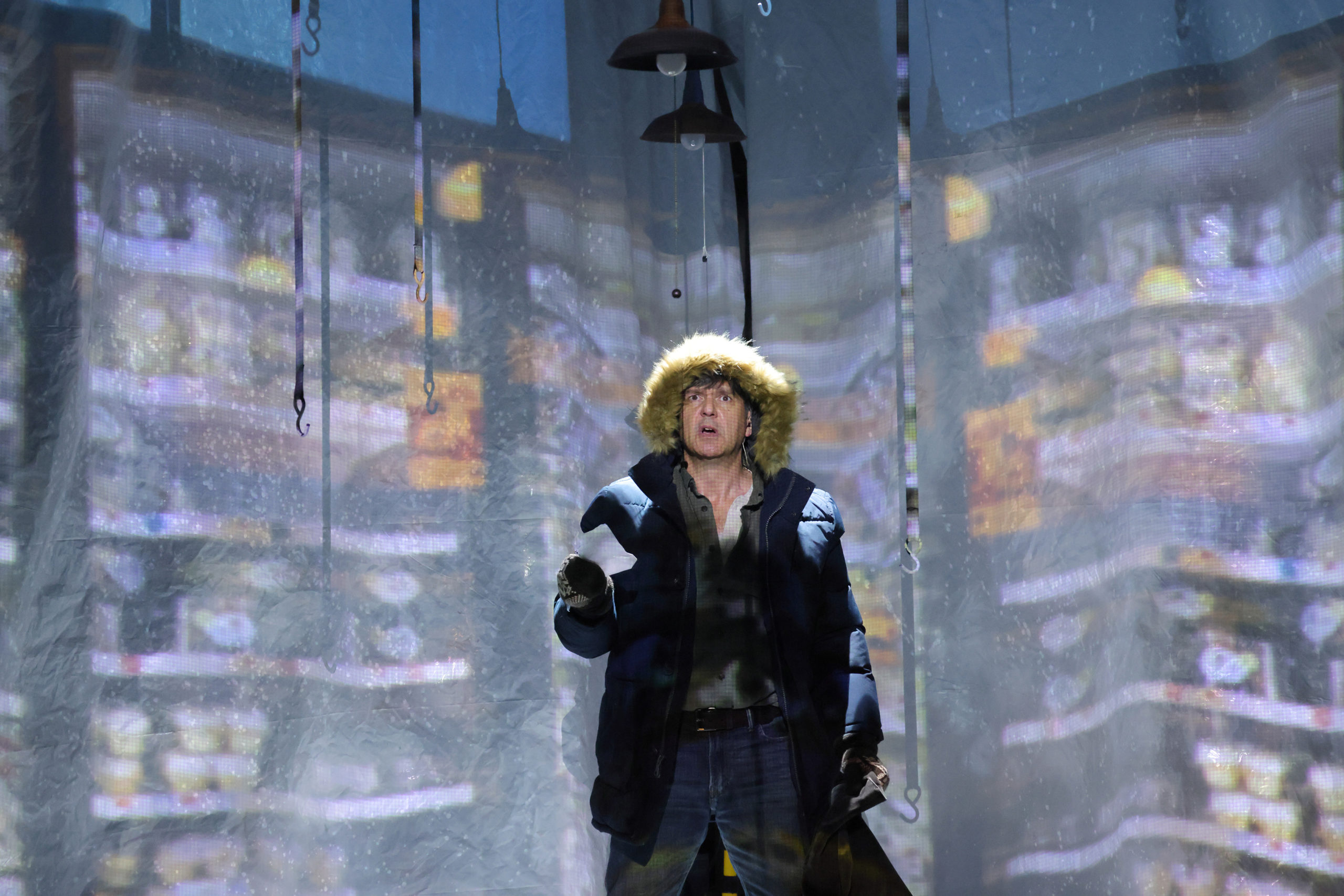 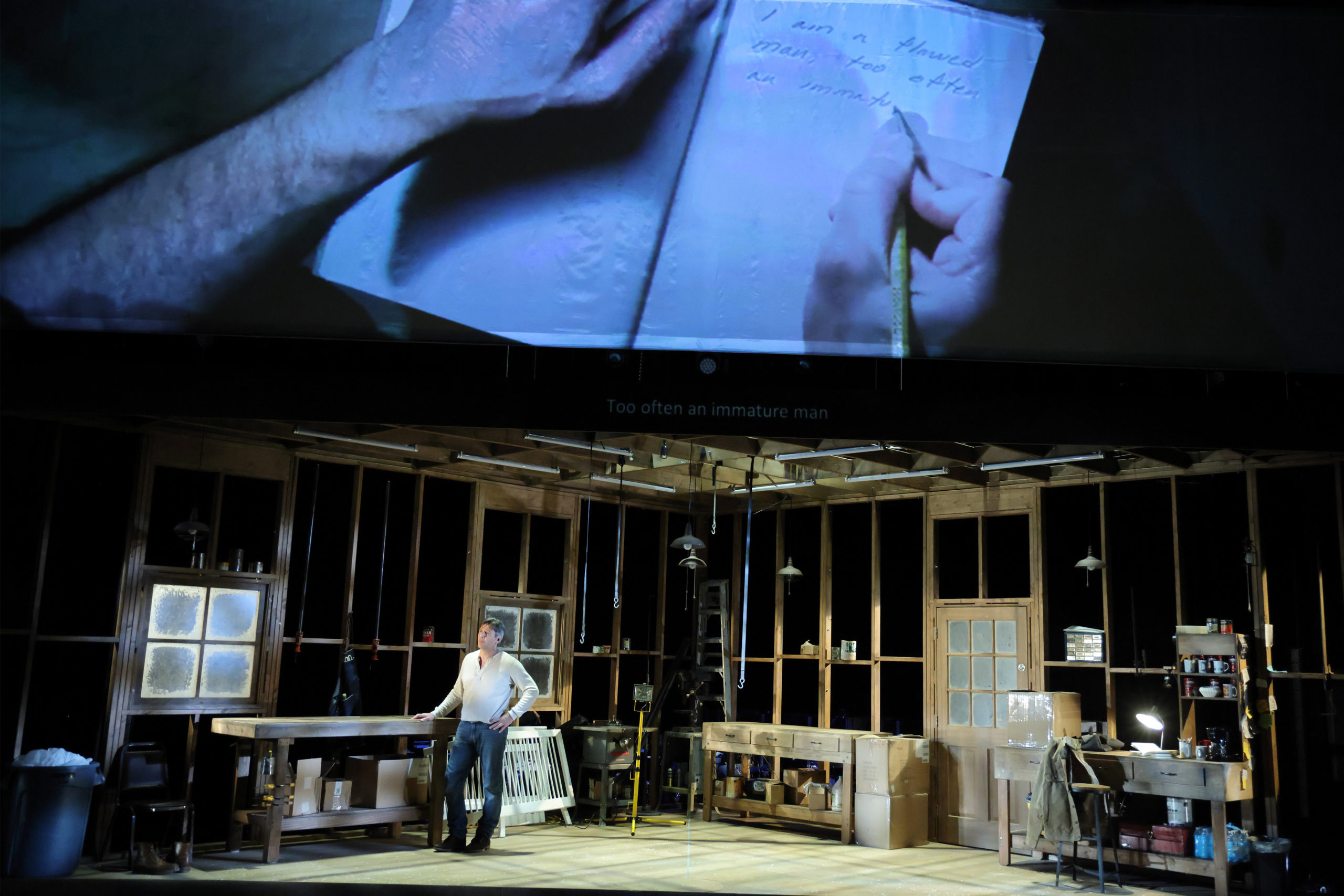 IN OUR DAUGHTER’S EYES 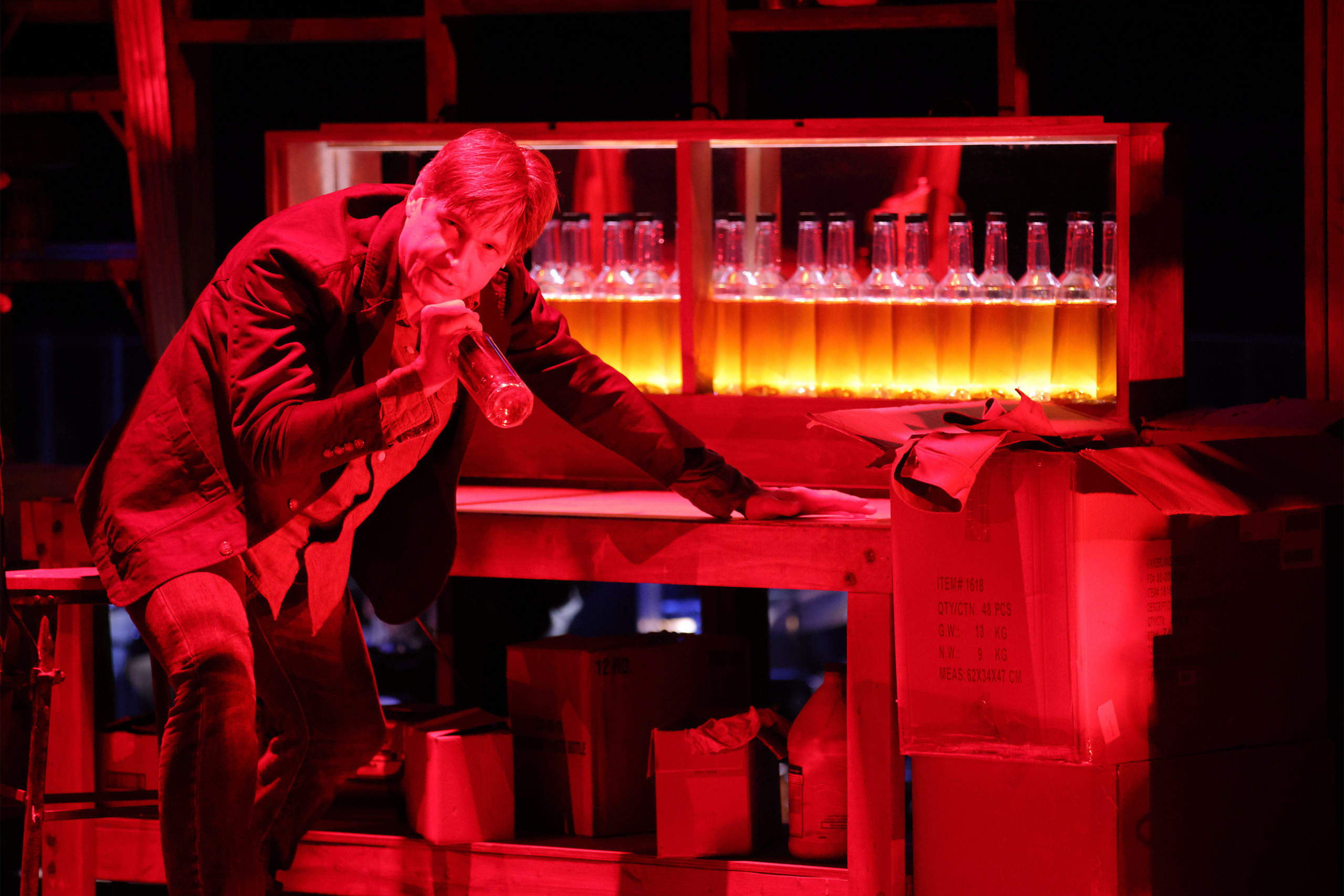 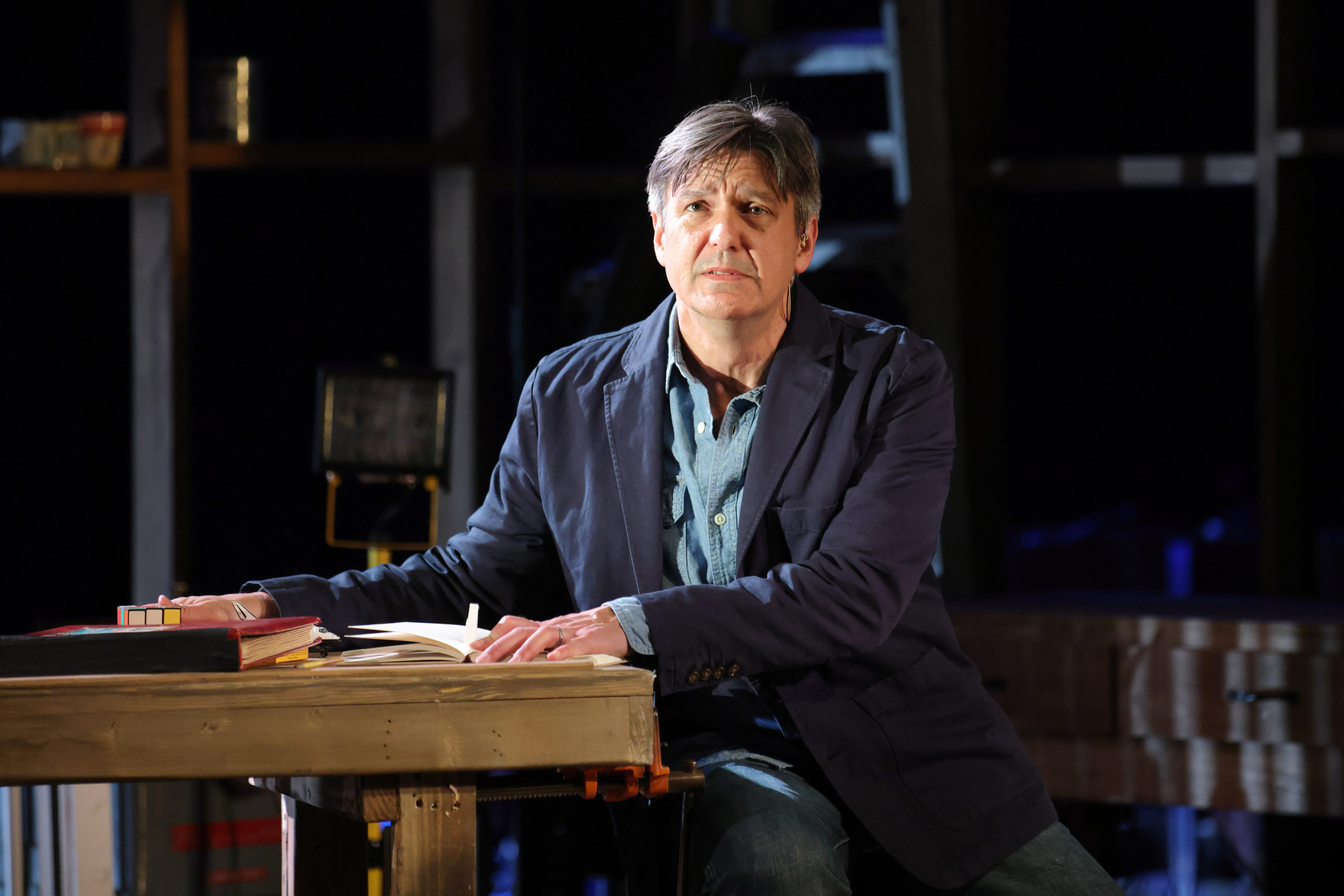 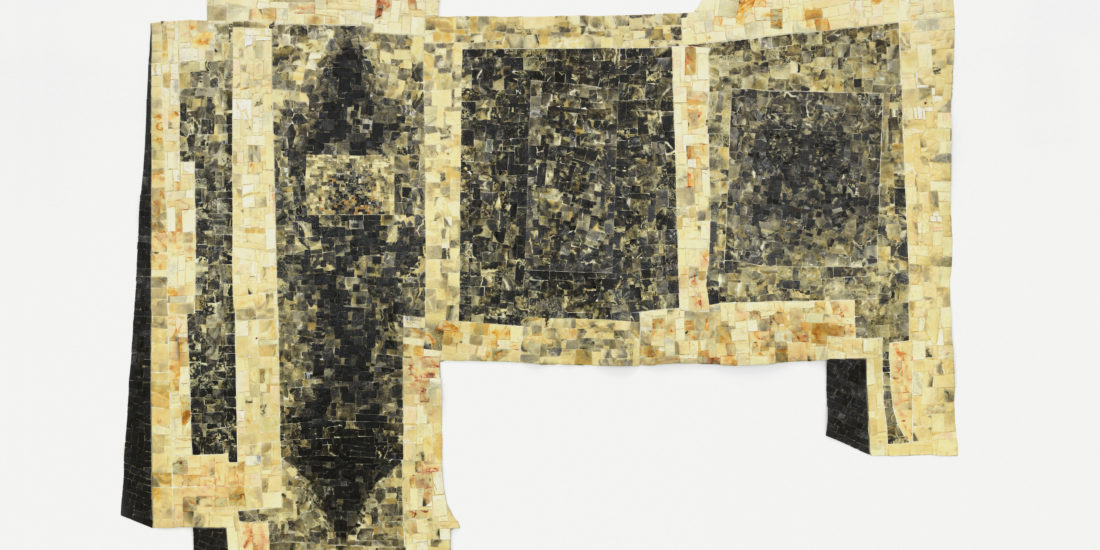