TRUMAN AND TENNESSEE — AN INTIMATE CONVERSATION – Paris-LA
Back 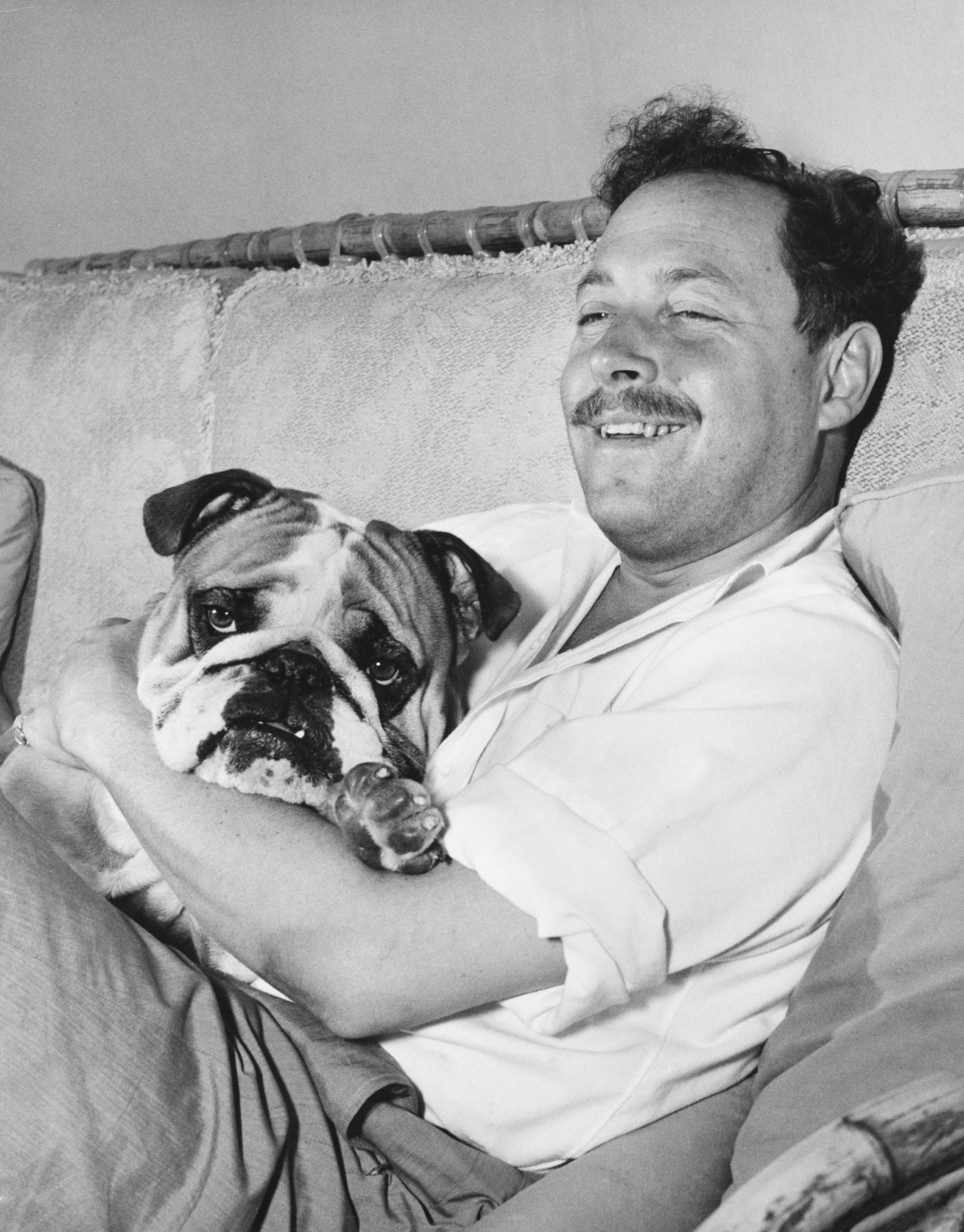 TRUMAN AND TENNESSEE — AN INTIMATE CONVERSATION 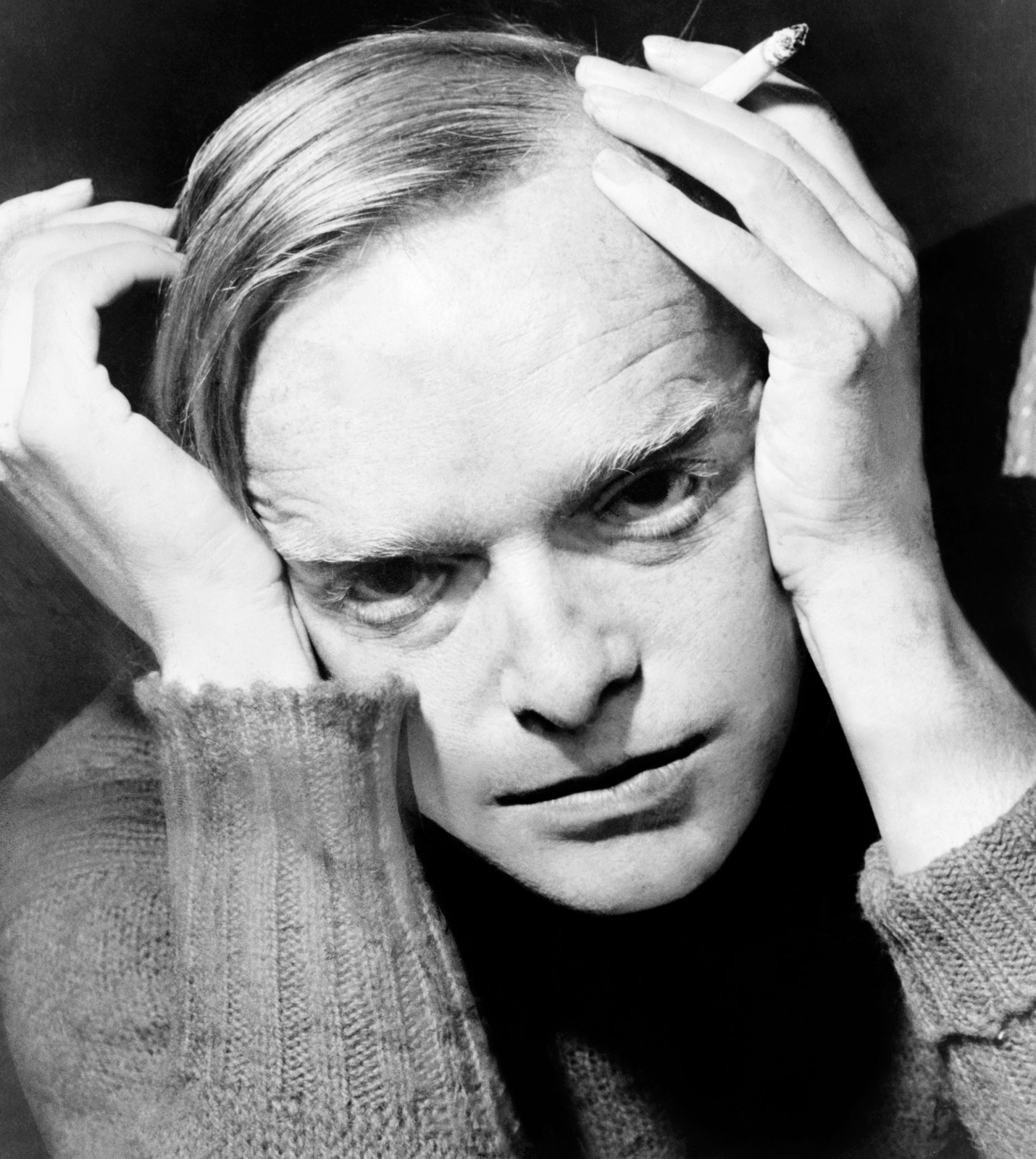 Tennessee Williams and Truman Capote were deeply connected and had many things in common, but a mutual, sustaining friendship—in the warm, loyal, supportive sense—may not have been among them. “Frenemies” avant la lettre, they amused and antagonized one another across Europe, in New York City, and through the media—in print and on television, where they were talk-show stars in a way unimaginable today. (Capote claimed that anytime he had something he wanted to say in public, all he had to do was call up his friend Johnny Carson to book a spot on The Tonight Show. This, said Capote, was the definition of power.) Thinking of a prize fight, Andy Warhol once suggested to Capote that he, Williams, and Gore Vidal rent out Madison Square Garden for a night of public castigation and imitation. (Vidal, who liked Williams and detested Capote, was especially adept at ventriloquizing his two literary peers.) Capote responded, “Only if Norman Mailer can referee.”

The feature documentaries of Lisa Immordino Vreeland focus on creators and/or catalysts of twentieth-century arts and letters. She is married to the grandson of Diana Vreeland, and her first film—Diana Vreeland: The Eye Has to Travel—brought the legendary fashion editor to life for an audience perhaps too young to be aware of Kay Thompson’s Vreeland impersonation in Stanley Donen’s Funny Face (1957). Subsequent Immordino Vreeland films include Peggy Guggenheim: Art Addict and Love, Cecil—a portrait of Cecil Beaton (whose photographs were published in Vogue by his old friend Mrs. Vreeland).

TRUMAN & TENNESSEE—AN INTIMATE CONVERSATION takes an impressionistic look at two writers who exploded on the scene immediately after World War II, lived fairly out lives in a homophobic society, and struggled with their work and the fame it engendered. Whether as a coping strategy or just curiosity, they both paid for the services of Max Jacobson, aka Dr. Feelgood, whose vitamin B-and-amphetamine shots were popular in the 1960s among Manhattan’s upper social stratum, in the White House, and elsewhere. Although Williams had cautioned many a young writer against the use of drink or drugs as creative stimuli, both he and Capote became alcoholics and addicts—conditions which eventually destroyed their talents and shortened their lives.

TRUMAN & TENNESSEE is an elegy of sorts, told through the writers’ words. They’re on the page and in television footage and clips from movies made from Capote’s novels and Williams’ plays—with additional voiceover by Jim Parsons (Capote) and Zachary Quinto (Williams). In life, Capote and Williams were often out of sight of one another but never out of mind. Williams knew from the beginning that Capote—an inveterate gossip—could not be trusted. Indeed, in “Unspoiled Monsters”—the first chapter of his unfinished, socially disruptive novel Answered Prayers—Capote detailed a comically sordid scene of an intoxicated playwright ensconced in a residential hotel room, kept company by a bulldog and a hustler. Yet before their deaths in the mid-1980s, eighteen months apart, they managed to reach a kind of rapprochement. As Tennessee said to Truman at the end, “This might be an appropriate time to say something to you that you once said to me: I care about you more than you know. Perhaps the thing most to help you right now is your incomparable sense of humor. Rest a bit, and never, never stop laughing.”

TRUMAN & TENNESSEE is streaming on Kino Now. See link below for details. 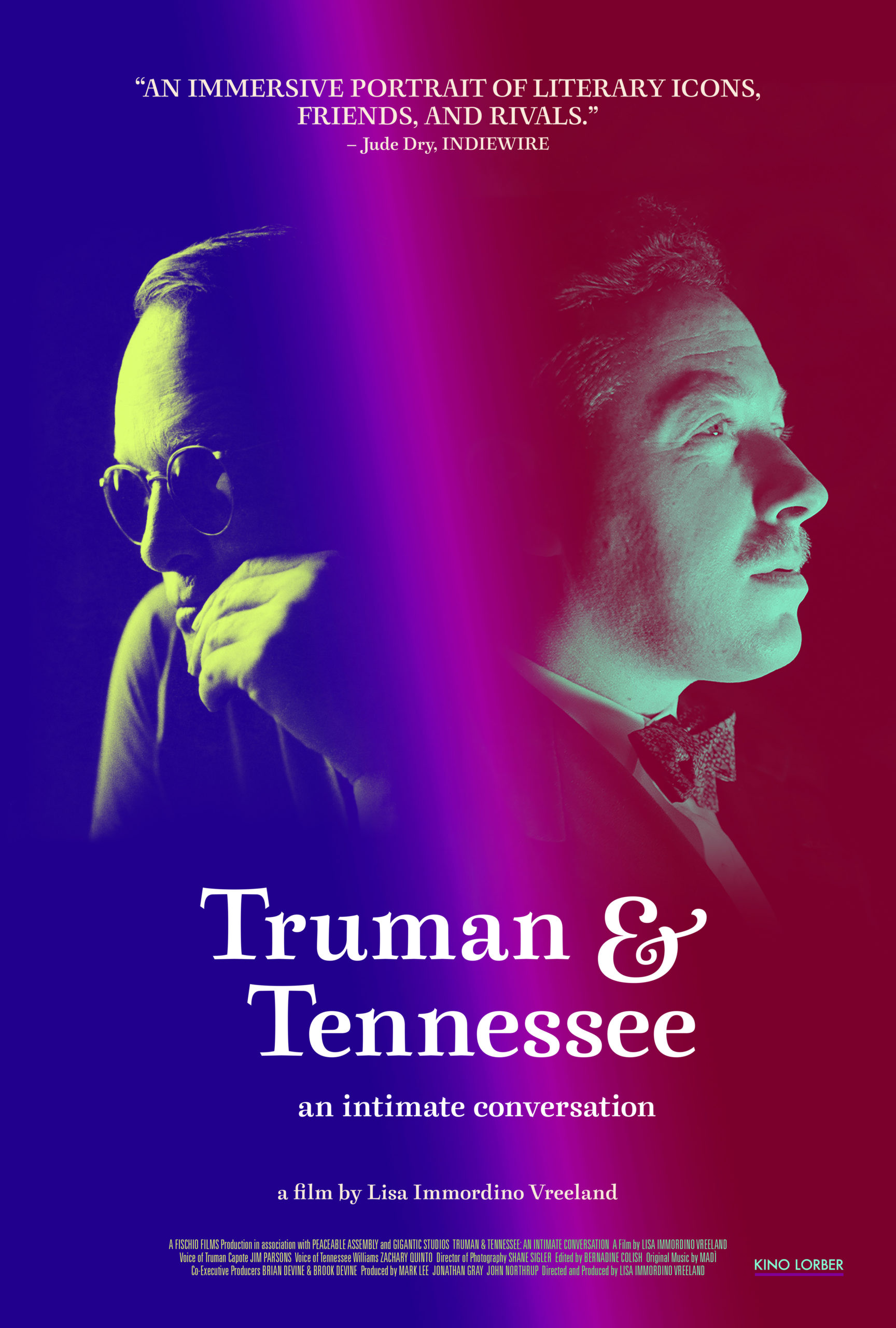 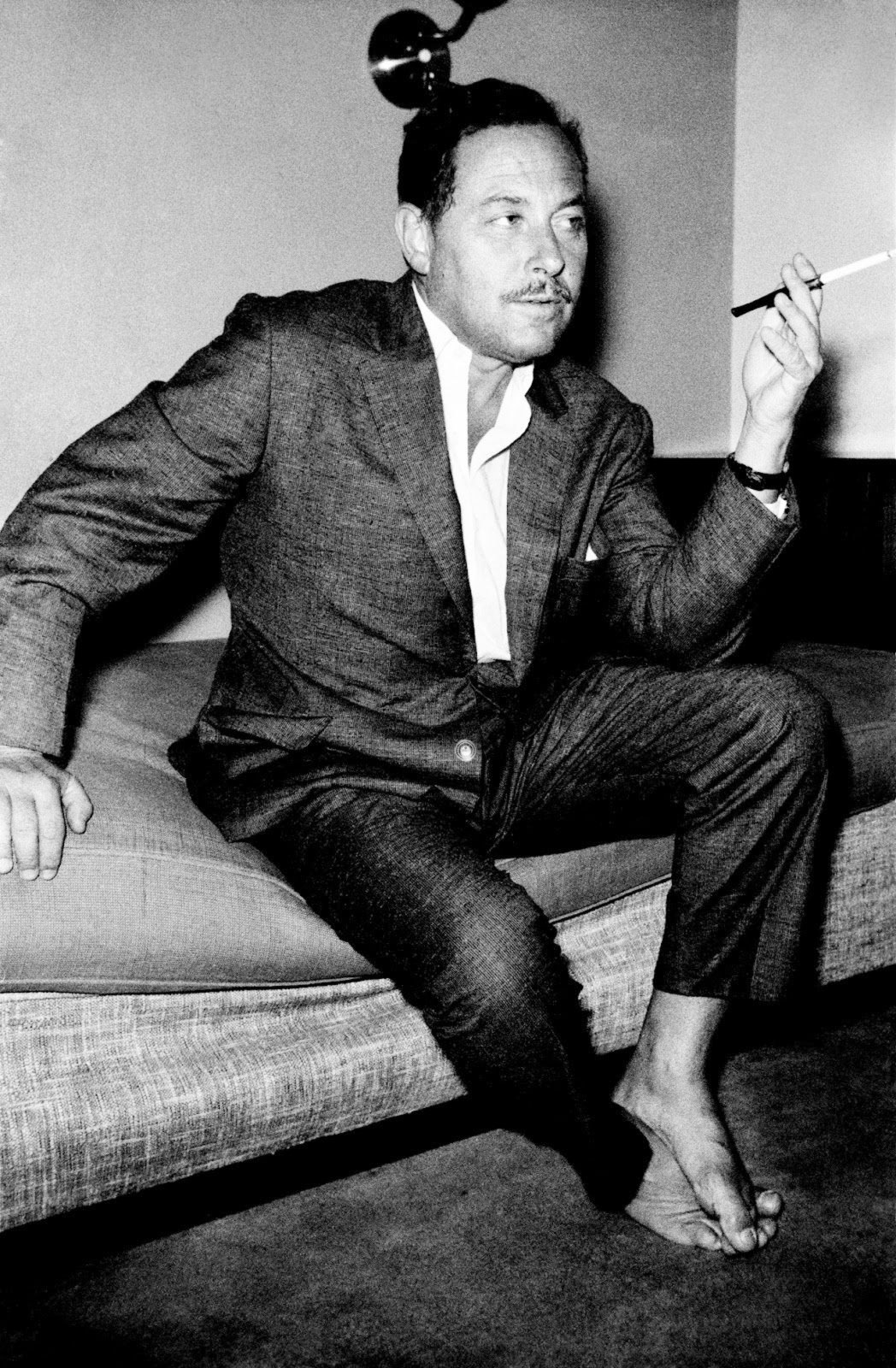 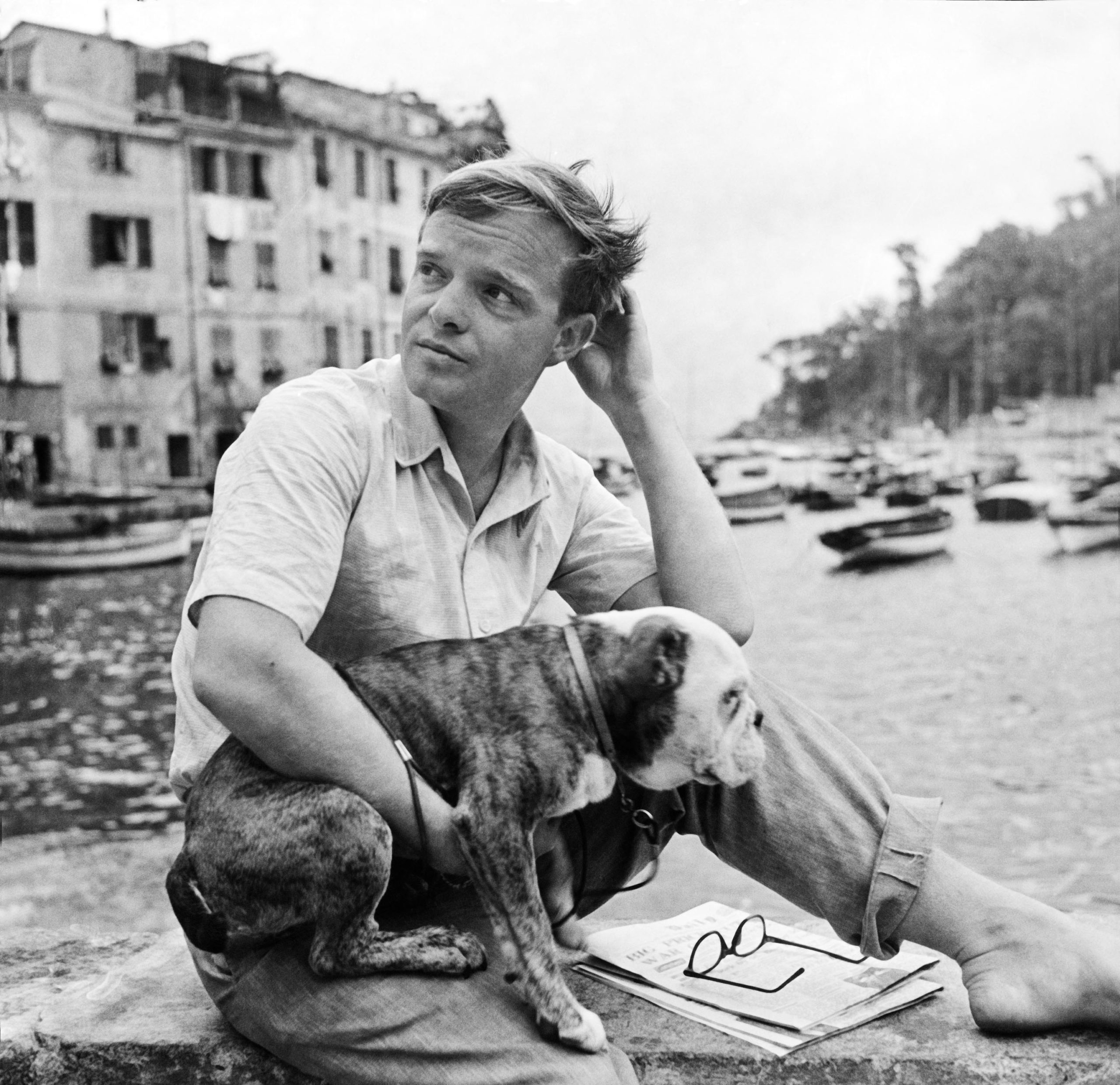 Images courtesy and © the filmmaker and Kino Lorber. 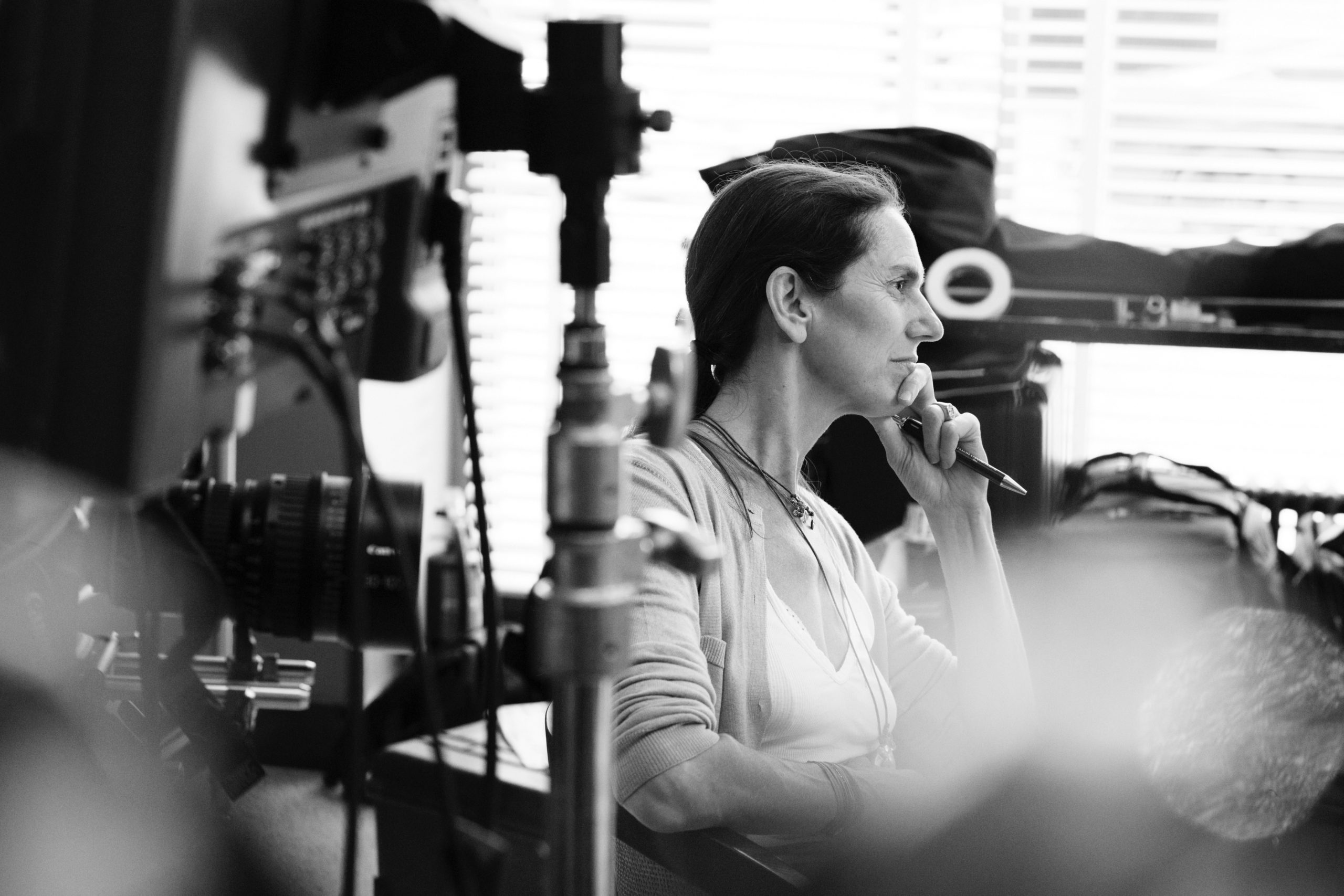