ST. VINCENT AND CARRIE BROWNSTEIN — THE NOWHERE INN – Paris-LA
Back 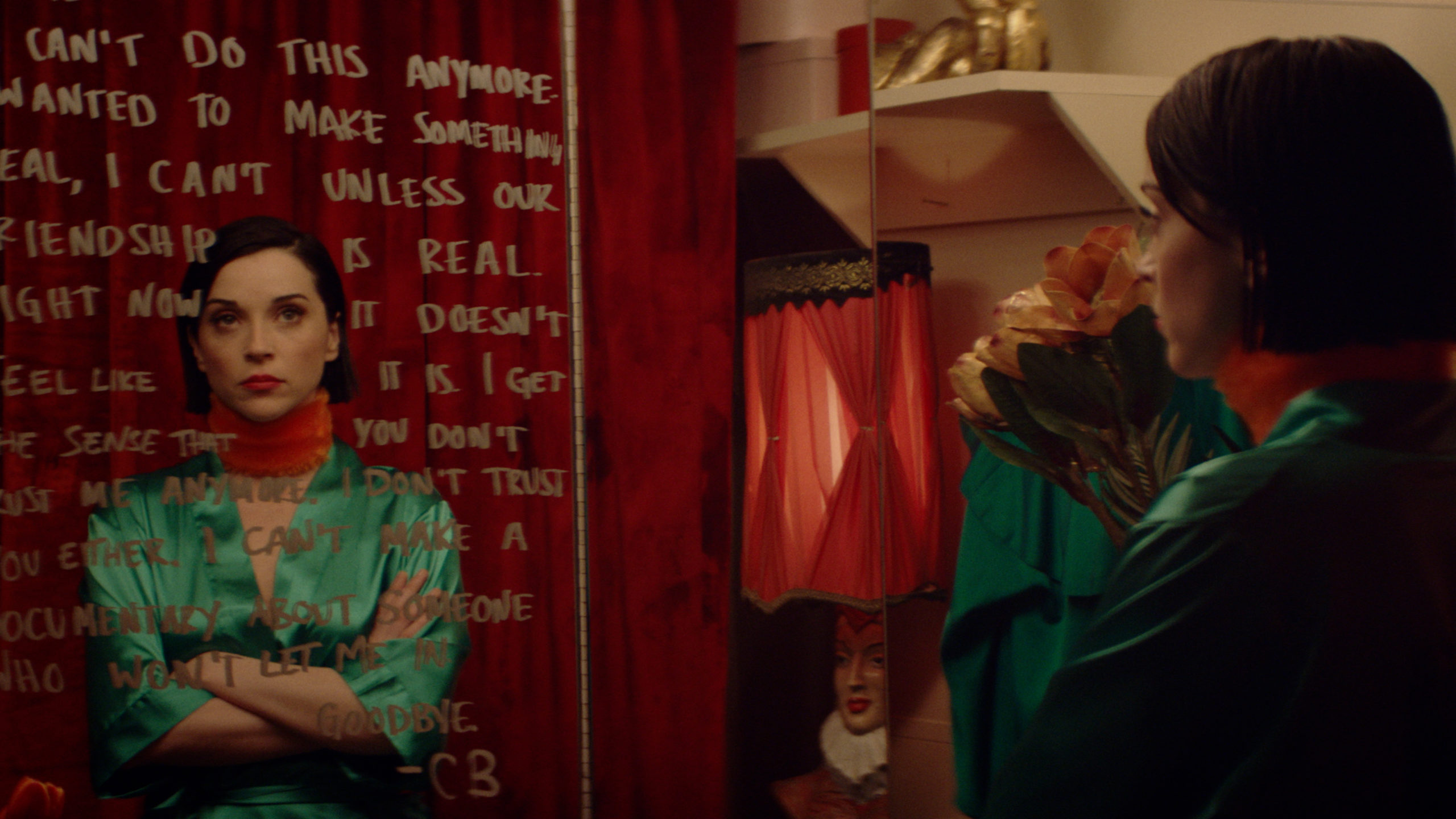 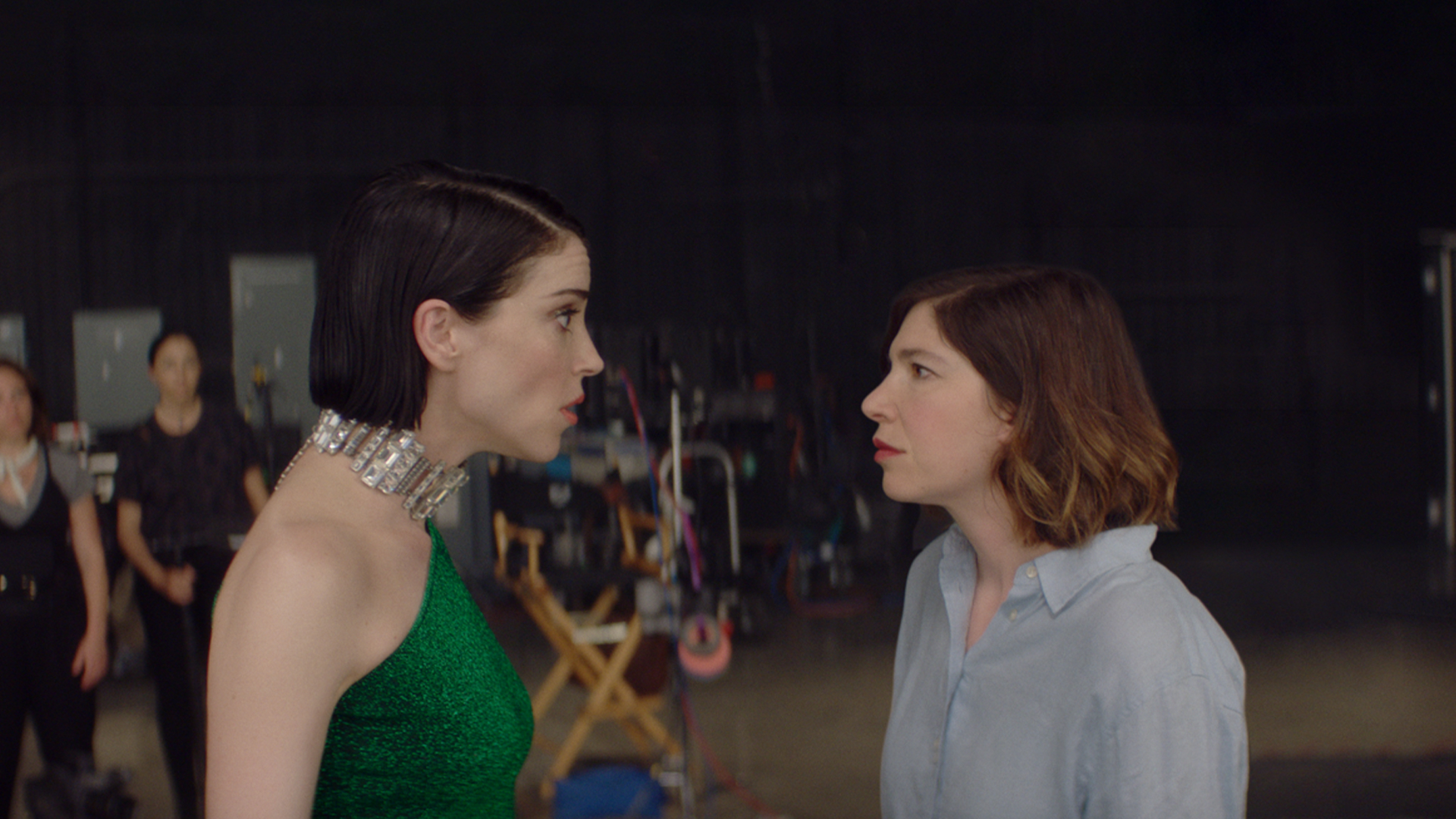 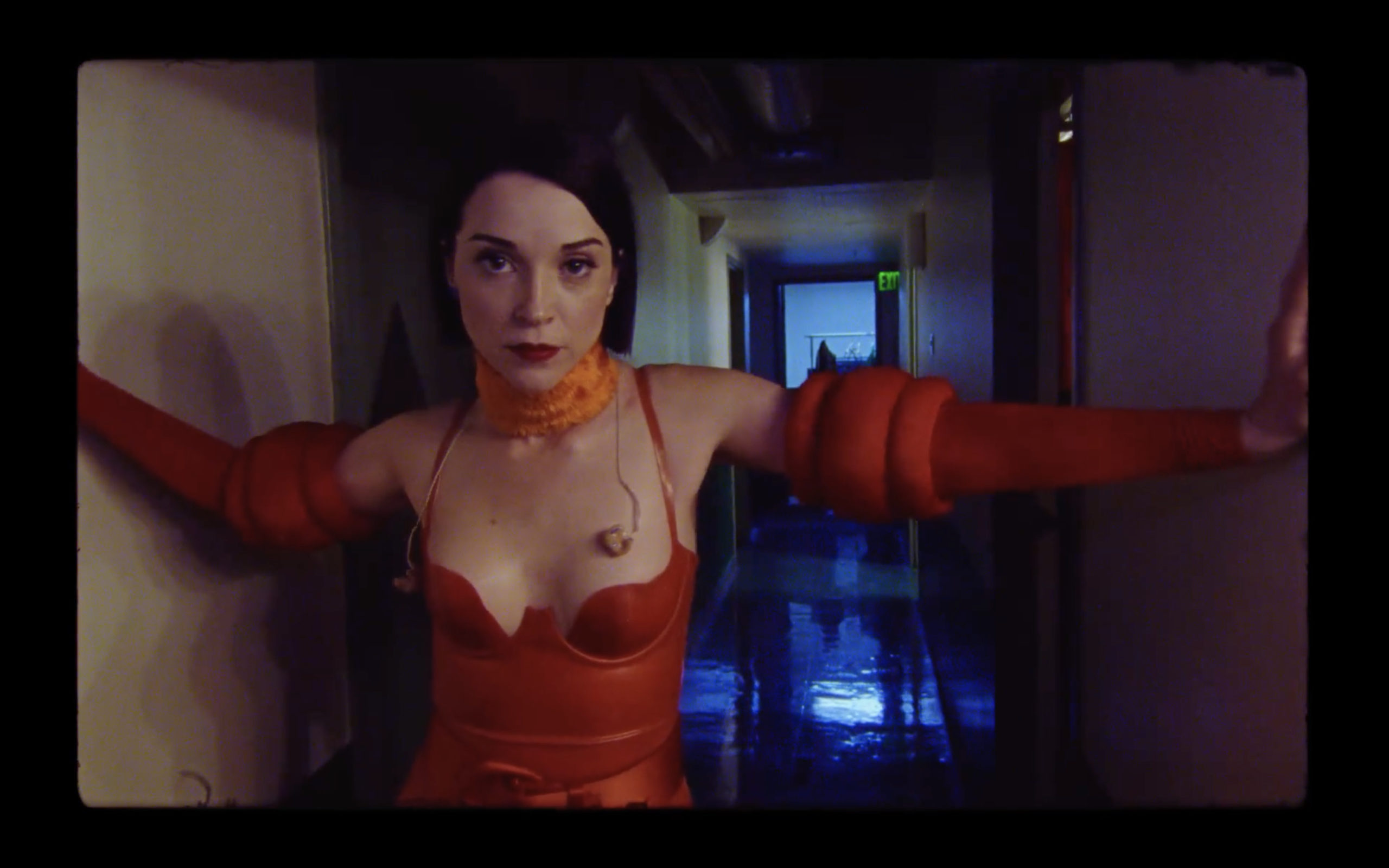 THE NOWHERE INN—a meta-documentary devised by Annie Clark and Carrie Brownstein—finds the close friends on tour, Clark as herself and/or her musical persona St. Vincent, and Brownstein as a film director looking for the story, any story, behind the songs. As Clark states early on:

I was excited to have somebody make a movie about me. I wanted to know what we’d find once we stripped away those layers. And when you have a friend at the helm, you feel protected.

These are the first comic lines in the film, their faux-earnestness a giveaway that Clark’s actual interest in stripping away layers is nil and that the protection of friends can take unexpected forms. Not content with letting Clark quietly get through her days before her onstage transformation—a musical-thematic mashup of Roy Orbison and David Bowie—Brownstein urges Clark to engender film-worthy situations off-stage as well, to invent drama where none, apparently, exists. After overhearing an uncomplimentary remark about herself, Clark takes Brownstein’s advice and switches to full-time diva, eventually becoming the monster who destroys her creator.

Stylistically mimicking the hermetically sealed environment adopted by some touring musicians to survive the distractions of the road, THE NOWHERE INN, directed by Bill Benz, finds Brownstein in her signature performance mode as a wry responder to pop culture phenomena—vulnerable, ever-pivoting, a persistent exemplar of what Manny Farber called “termite art.”*

After a pandemic delay, THE NOWHERE INN is now on the big screen. See link below for details. 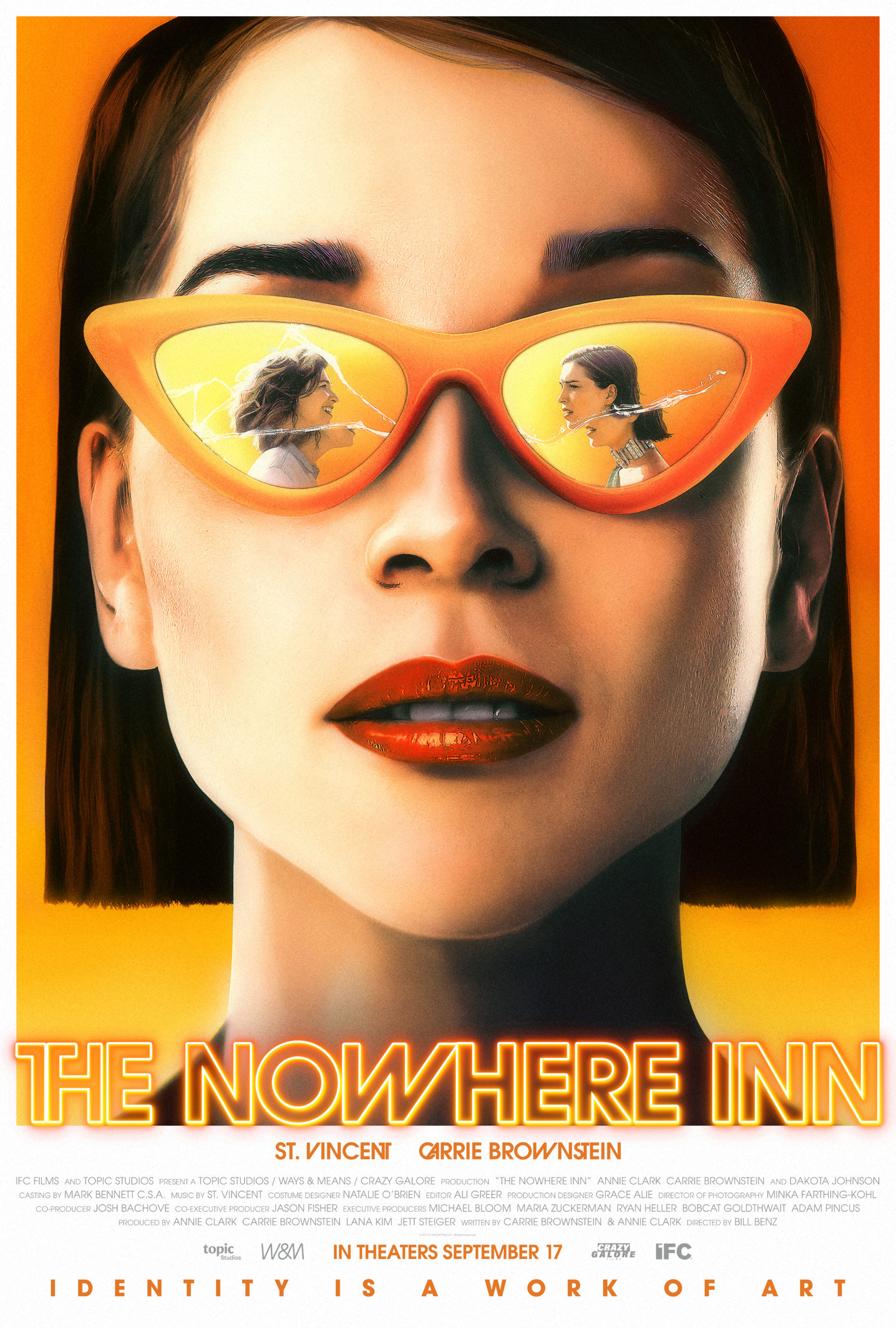 “Termite-tapeworm-fungus-moss art… goes always forward eating its own boundaries, and, likely as not, leaves nothing in its path other than the signs of eager, industrious, unkempt activity.” Manny Farber, “White Elephant Art vs. Termite Art,” in Farber on Film: The Complete Film Writing of Manny Farber, ed. Robert Polito (New York: Library of America, 2009), 535. 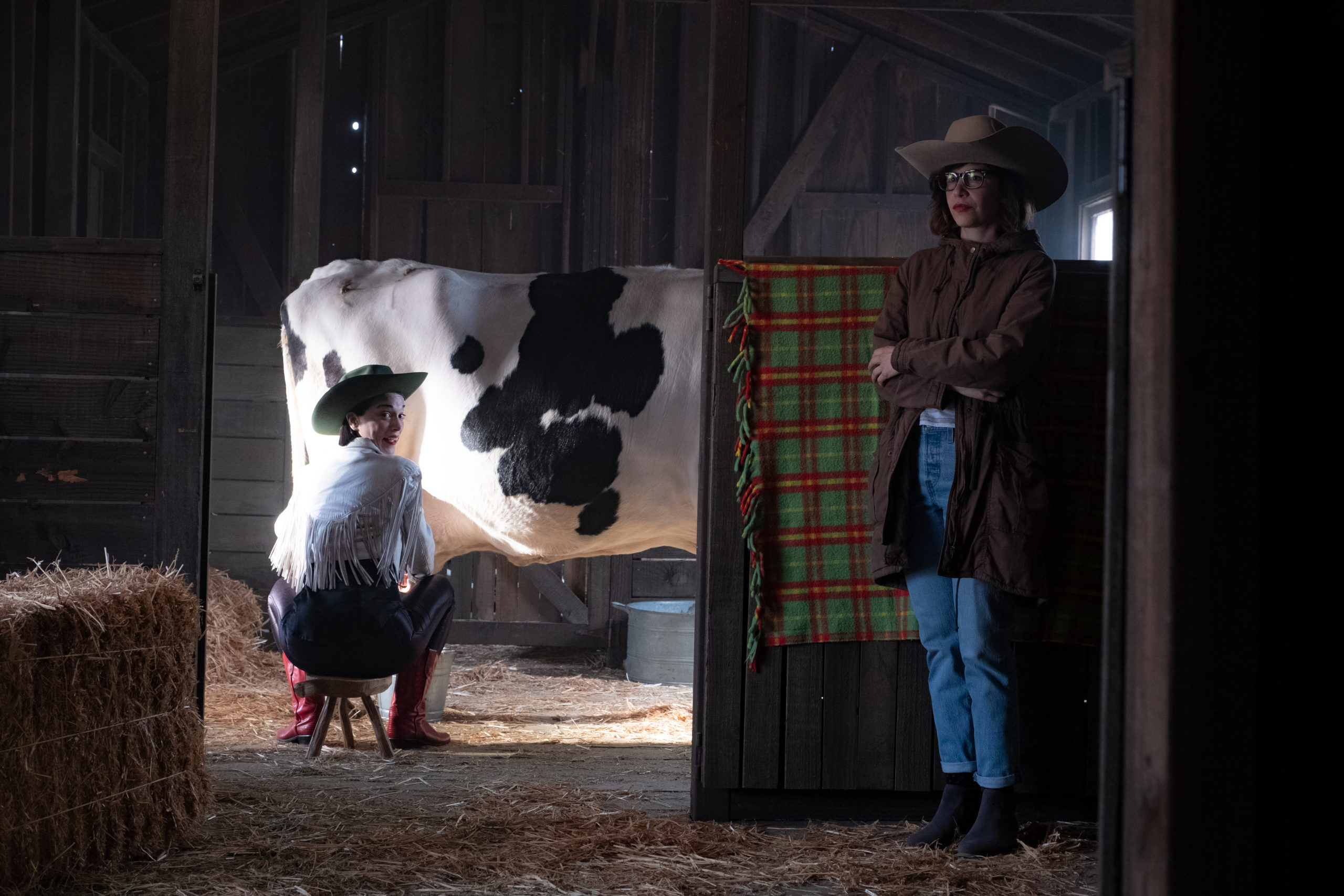 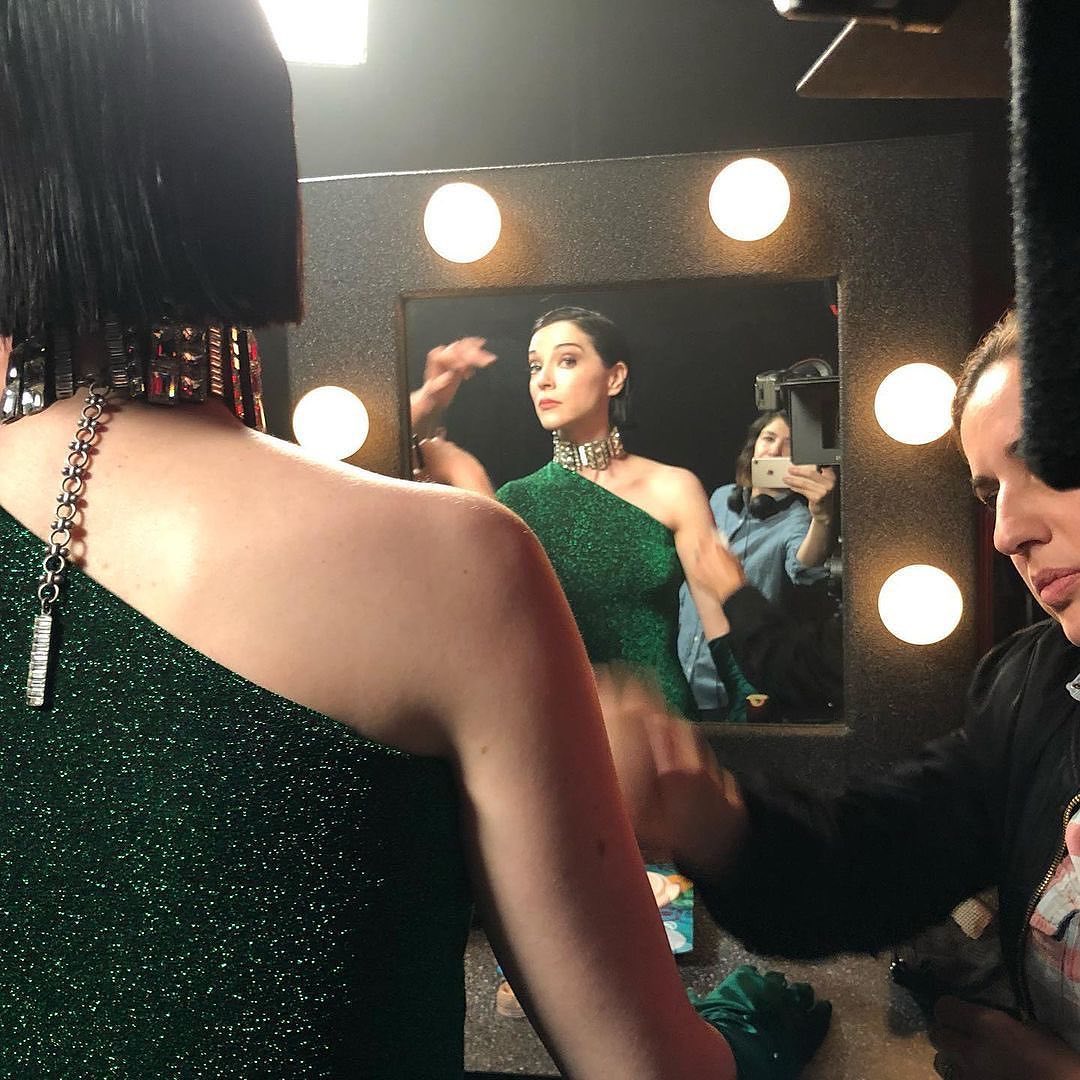